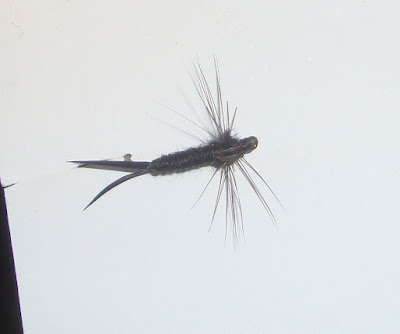 Here's an easy stonefly pattern for #14 and larger stoneflies. I use crochet thread for the abdomen instead of dubbing. It makes a good segmented body quickly and without the fury mess of dubbing.

1. Thread base hook shank and let thread hang even with point of hook 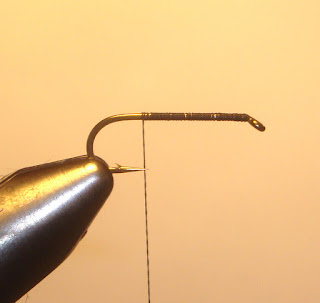 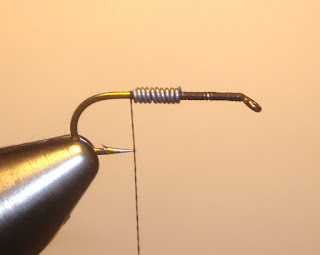 2a. From here I can spin lead towards eye stopping where I want to end abdomen 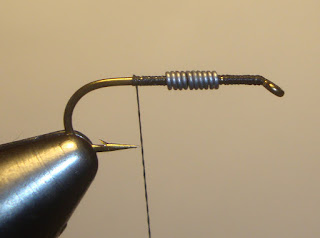 2b. Put a few thread wraps in front and behind lead to keep from moving. Bring thread to end of hook shank. 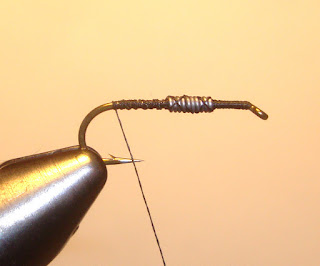 3. Tail. Tie down split goose biot tails. If you have a hard time splitting the two biots you can make a small dubbing ball at the hook bend and tie a biot to each side. 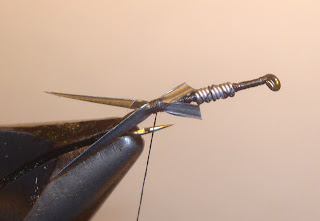 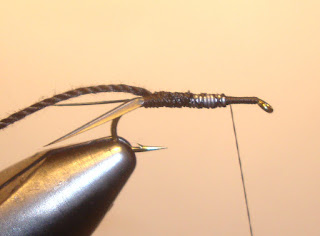 4a. Wind crochet thread one wrap in front of other for abdomen as shown. Leave a little bit of the tag end exposed just short of eye. 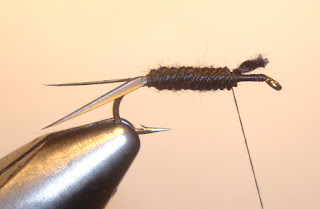 4b. Tie down tag end and bring thread midway between abdomen and eye 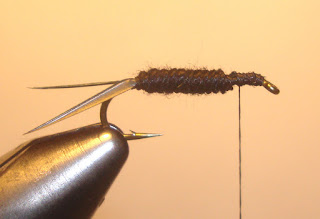 5. Goose Fibers. Tie in goose fibers up against abdomen as shown. I leave the shiny side up. 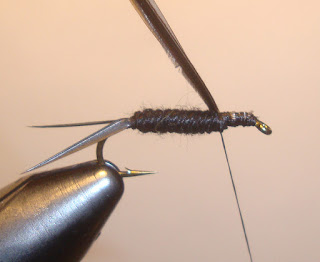 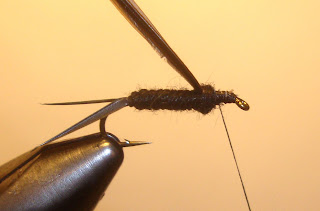 7. Legs. Take a black saddle hackle and trim end leaving short barbs exposed. These short barbs will catch thread and prevent the feather from slipping out 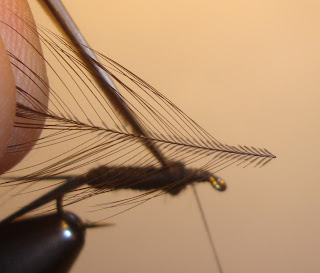 8. Legs. Tie down hackle up against small dubbing ball 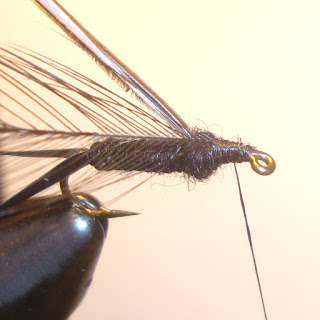 8a. Wind hackle twice around shank and tie off keeping it butt up against dubbing ball. 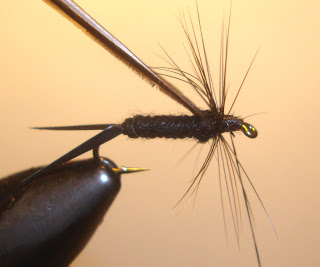 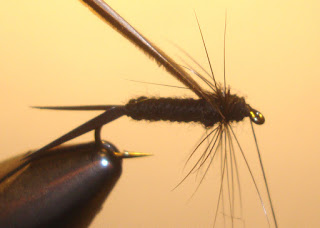 10. Wing pad. Before I fold down wing pad I trim top of hackle.
Fold Goose fibers forward, trim and tie down. Make tapered head with thread. 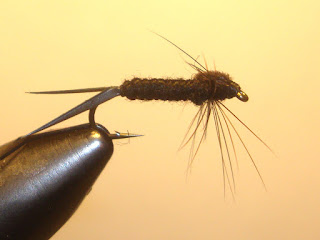 11. I trim bottom of hackle even with hook point. 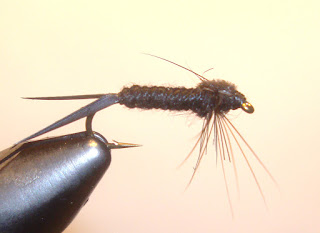 As you see using the crochet thread it already appears to have a segmented body. If I decide to dub the abdomen I’ll use 4x tippet material for a rib over the abdomen for #14 and larger stones and 7x tippet for #16 and smaller stones. 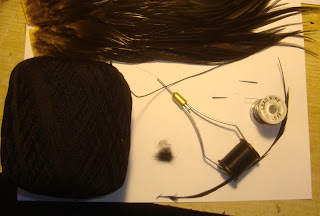 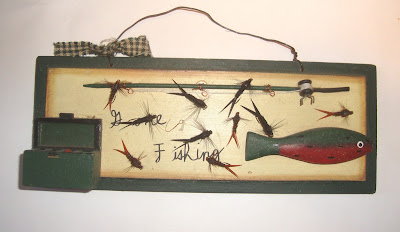