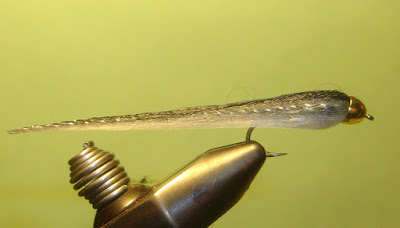 The Triple Threat was originated by Mike at Oil Creek Outfitters. I add flash to mine.
I use polar fiber and tie these in many shades. One thing I keep in mind is I make the top of the streamer the darkest color and the belly the lightest color which is usually white or yellow. Flash is whatever I choose. Also I tie the polar fiber steps sparse in material.
Adding glue in the last step helps secure the thread wraps and keeps the material from spinning inside the cone. 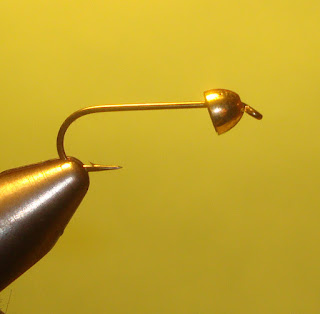 2. Thread hook shank only about a third the way back from the cone 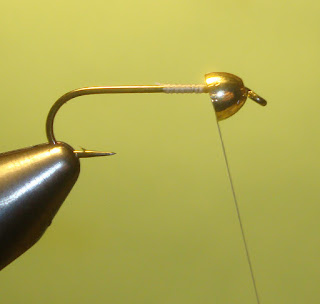 3. Top; Tie in sparse amount of black Polar Fiber extending the fibers over the cone head. Keep tie in point as close to cone as possible when tying in all Polar Fiber. 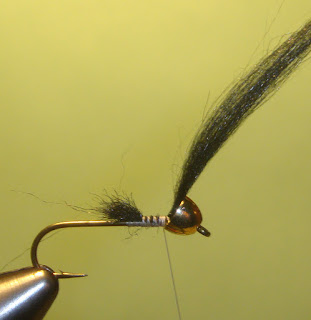 4. Sides; Tie in a sparse amount of gray Polar Fiber to the far side of the hook shank extending over the cone head as shown 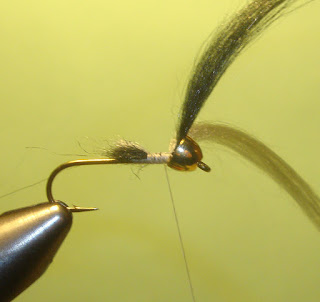 5. Sides; Tie in another gray Polar Fiber to the near side of hook shank in same manner. 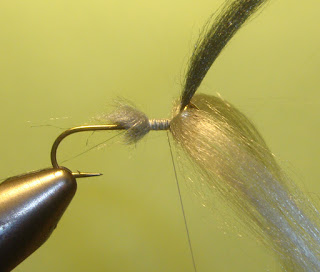 6. Belly; Tie in a sparse amount of white polar fiber underneath hook shank as shown. 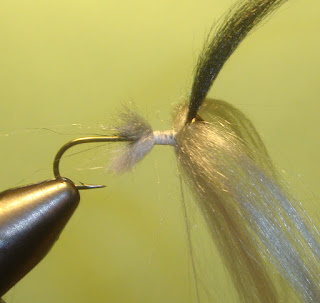 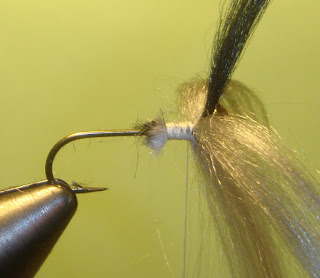 8a. Flash; Take Flash and fold the strands around the thread keeping the strands even as possible on each side of thread. 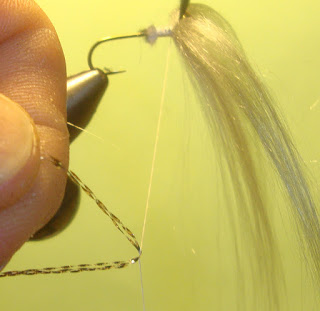 8b. Slide strands up against shank behind cone. Wind thread around strand towards back of hook keeping strands separated. 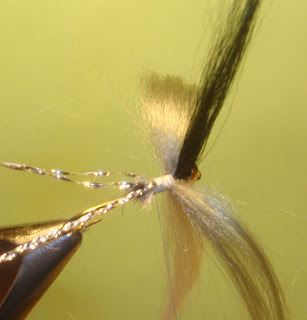 8c. Fold flash strands to each side and over cone and wind thread around flash tying down behind cone. Keep tension on thread. 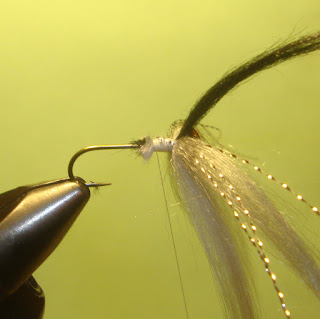 9. Take hook out of vise and clamp hook eye into vise. 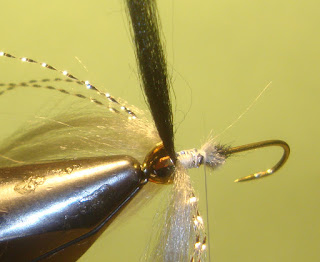 10. Tie off thread at end of thread wraps towards back as shown. 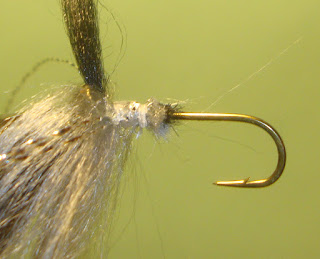 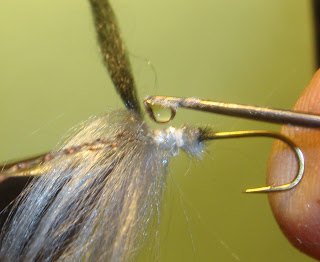 12. With a pair of hemostats, or needle nose pliers, push the thread wraps and polar fiber into the cone head as far as possible. The Polar Fiber and Flash will fold backward over hook shank if done properly. 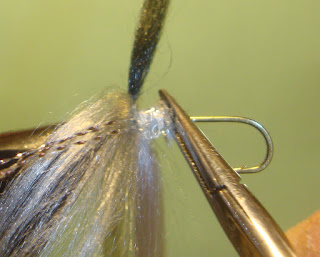 Finished product;  I square off tail to desired length with scissors. 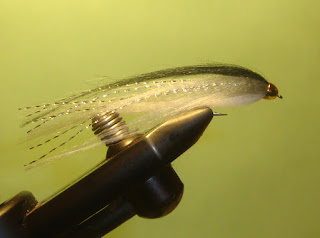 Some other shades of Triple Threats and what they look like when wet. 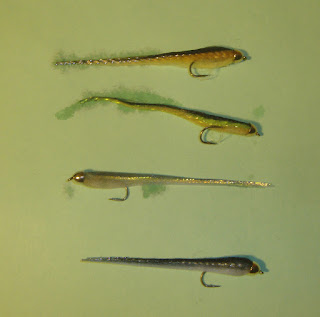 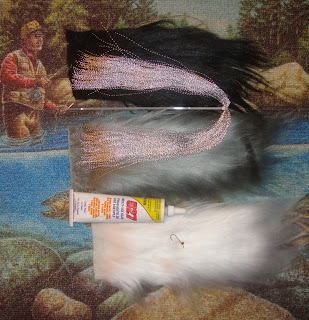