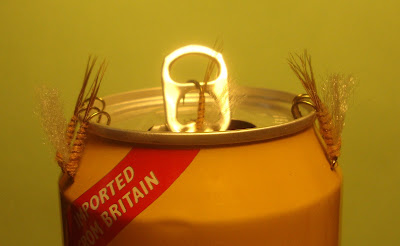 I very seldom buy flies. Instead, once I’m on a stream and get to hold or see a Mayfly or Caddis, I tie my imitation myself.
I was fishing Kettle Creek one day and the trout weren’t coming up for my March Browns but I felt they were hitting emergers instead. I went to the Kettle Creek Tackle Shop to see what Phil had that would imitate a March Brown Emerger. Who else would know Kettle Creek better than Phil? I seen his imitation and bought a few to try out. Needless to say I hammered those trout which were taking emergers.
Here is my interpretation of the March Brown emerger.

1. Thread base hook shank to bend of hook. 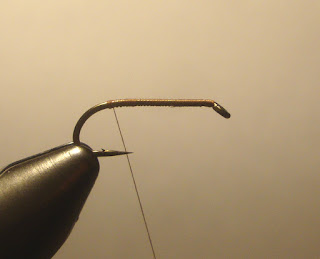 2. Tail: Use about 4 strands of Pheasant tail fibers. Length of hook. 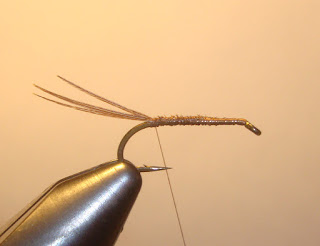 3. Rib; Tie in brown thread at bend of hook. 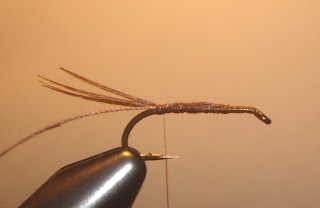 4. Abdomen; Dub abdomen with a shade of March Brown dubbing 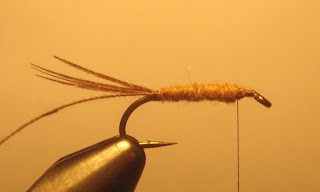 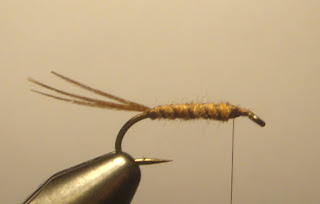 6. Wing. Tie in wing of either Gray Poly or Lt. Dun Z-Lon. I trim the wing to about half the tail length. 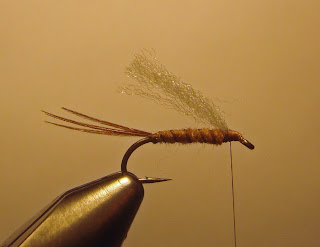 7. Thorax; Dub a thorax over the front part of the wing and thread wrap the head. 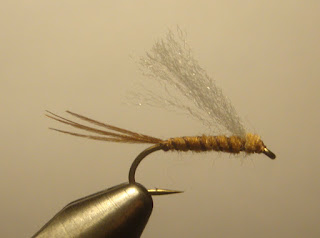 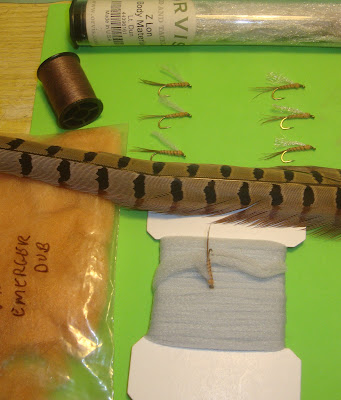