I’m ready for my annual trip to Kettle Creek in God’s country. There is a small Mayfly up on Kettle that C. Meck refers to as a Chocolate Dun. I’ve seen these little brown flies on Kettle as well as Cross Fork Creek. If it’s what he describes it’s a small #16 fly that appears on the water, in numbers, sporadically throughout the late morning and afternoon. I’ve fished the Dun with some success but it’s the spinner fall that had frustrated both Jeff and I many of times.
A few years back, around noon, we were watching rising trout sipping the surface from across the creek. The trout were rising to no apparent Mayfly that we could see about the water. We both cast across creek, into the slower pool on the far side of the faster current run. We tried midges, Blue Duns, Blue Quills and even terrestrials. We were baffled as these trout continued to rise around our imitations and floating leaders. Before leaving we made a circle and looked upon the pool surface to see what these fish were sipping on. It appeared that they were generously feeding on these Chocolate Spinners that slowly flowed with the current.
That evening I tied up some with the material I took along with us for the weekend trip. It wasn’t an exact match but did fool a few trout the next day.
This year I hope to be ready. 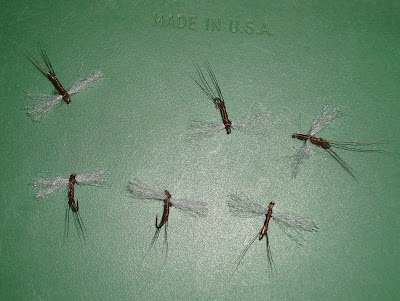 1. After basing hook shaft with thread dub in a small ball of brown dubbing at the bend of the hook as shown 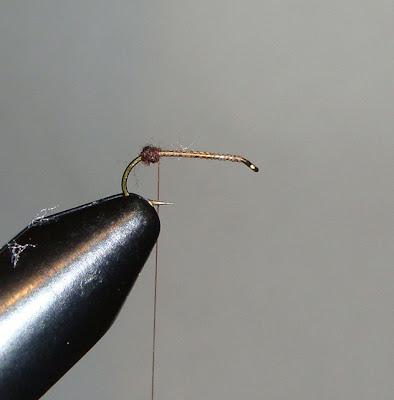 2. Cut a few strands of Moose mane and tie two hairs each on each side of the ball for a split tail.﻿ 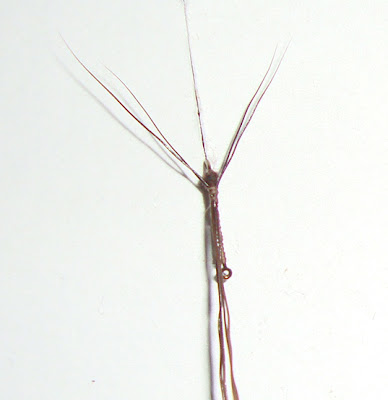 3. Tie in the fine brown thread rib in front of the yarn ball 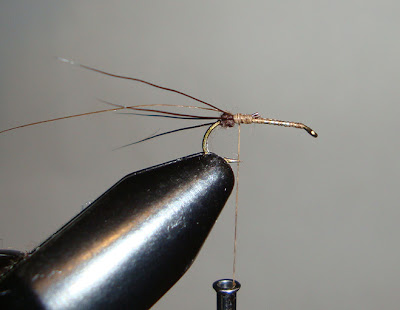 4. Tie in the Brown poly yarn next at the same location.

5. Bring thread to about ¼ back from the eye of the hook to tie in the spent wings.
Cut a section of Poly Yarn and tie down with figure eight wraps as shown. Don’t worry about length yet, you can trim it to balance the fly when finished. 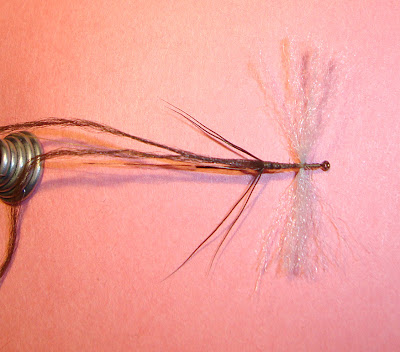 6. Leave the thread hanging just behind the spent wing towards the bend of the hook. Wrap the Poly Yarn to the spent wing and tie down to secure for now. 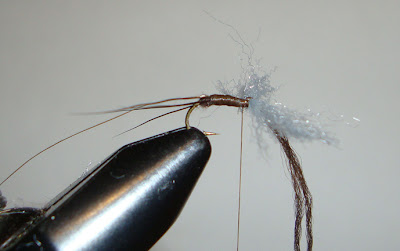 7. Rib the body forward with the loose fine brown thread. Tie off and trim the tag end behind the spent wing. 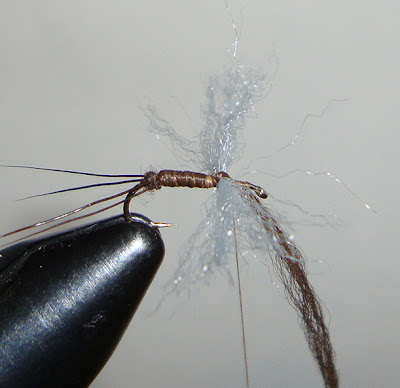 8. Bring the Camel thread to just behind the hook eye. Now wrap the Poly Yarn in a few figure eights around the Poly Yarn and than forward behind the eye.
Make a thread head and whip finish. 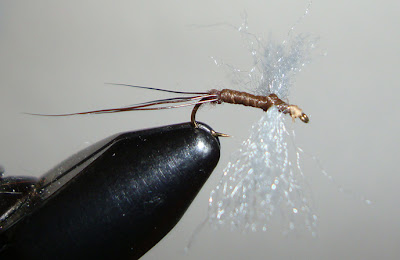 Trim the spent wing to proportion 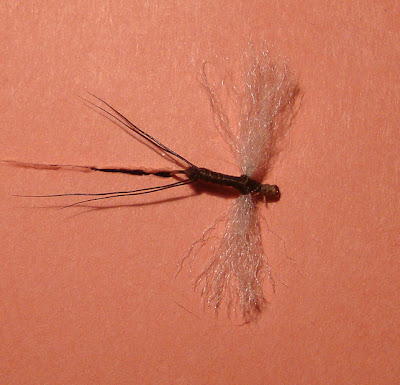 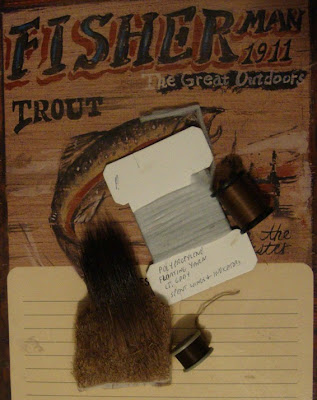 Just got back from up North. Yep, them Chocolate Spinners worked just fine to the sippers in the slow water!