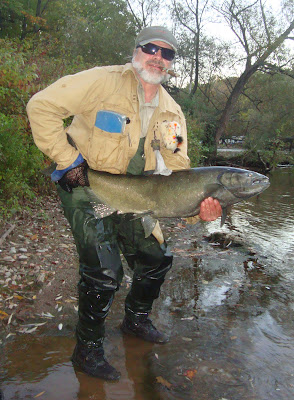 5 guys from Pennsylvania, a cottage overlooking Lake Ontario NY, with a bar and restaurant within short walking distance. A fuel/general store/bait tackle shop to and from our destination and King Salmon fishing within a 20 mile jaunt!
Need I say more?
We left Erie around 2:00am Thursday morning. By 6:00am we were in the middle of the river waiting for enough light to shine to see where we would be casting. We all hoped to be fishing over a big run of brown trout that my fellow fishing buds had fished over last year at this time. It turned out the big run of browns never showed but the King Salmon kept us all occupied.

While the others fished with $400.00-$600.00 Sage rods and such I bought a LL Bean Streamlight Ultra. The two piece 9 foot 8 weight was a mere $125.00. Most people that had fished there said that an 8 weight should suffice and, being I wasn’t sure how much use I’d get out of the 8 weight otherwise, I went for something inexpensive, a known brand and a warranty. I found out it wasn’t any more of a challenge to cast, fish, or bring in a big King as the other high dollar rods. With an Allen Alpha reel with 8 weight line I was well equipped in my mind.

The first morning we fished together and only a couple of Kings were hooked. It’s not hard to illegally snag a King Salmon unintentional. The 25” to 30“+ fish were practically everywhere. Bouncing an egg pattern or nymph along the bottom sometimes caused a fouled hook in a tail or pectoral fin of the big fish. Even in the faster current one might happen to accidentally hook one in the dorsal fin or tail as the fish swims by. If so the usual thing was to break the leader unless you wanted the fly back. If that was the case you usually had a long struggle that sometimes ended with a lost fly anyway.

I heard it took 5 to 10 minutes to get these big King’s in. I found it depends on how much backing they take out. While fighting them it may not seem like 10 minutes but when they decide they aren’t going to move it seems like seconds tick by very slowly as you wait for them to DO SOMETHING.
As the days went on we split up and fished new sections of water. By evening we were usually back together again fishing along a blown down tree that became a honey hole.

My first good real exciting challenge was catching a King in the faster wavy current. I wasn’t sure if the Kings would take streamers but after seeing spey flies in the bait/tackle shop I figured they would. I knotted on a Woolly Bugger and watched a King grab it. Fighting the King Salmon in the riffling water reminded me kind of when I was a kid about 8 year’s old flying a kite. I remember a couple times my kite would be up in the air soaring around and the wind began to become erratic and strong. I would play the kite trying to avoid the trees and telephone pole wires as it whipped through the air not wanting it entangle with limbs or wireS. Sometimes the wind was so strong I remember my feet barely holding onto the ground. At times I would sit and hold on tightly, with all my 8 year old strength, to the kite string spool hoping the string wouldn’t break and having enough strength not to leave go.
Though fighting a moving object, that has a brain and trying to free itself is quite different, there are similarities that brought me back to those days. With the rod butt in my gut, the 9’ 8 weight rod arced deep in the butt section and the 4x tippet straight as an arrow and was as tight as a banjo string. With every King I could feel the muscles in my forearm tense and after time the rest of my arm muscles did likewise.

Netting one of these monsters was another thing. It takes another person to net the fish you caught and even that isn’t successful all the times. I remember one big King I was struggling with swam down river. It happen to hold up near another fishermen while it tired. Seeing he had a net I asked if he would net it for me. When I got the fish towards him his first comment was “I need a bigger net.” I seen him sweep the net towards the hooked fished and asked if he “got him”. his answer was “half of him."

At times I would hook into a “Zombie” King that wouldn’t move at all. The guys called them “Zombies” because after salmon breed they die off. Their skin starts to peel away and they start to scar and decay in a way. I’ve seen these sore patched fish and until I caught one and had a good look, and smell, of it I realized why they called them Zombies. The Zombie King Salmon didn’t run off or fight wildly as the fresher ones. They were still not that easy to bring to the net. Their weight alone made them tough to move through the water and if they decided to stay put you usually had to coax them continually to get them to the shallow waters where someone could net the darn thing. Coaxing them was like trying to get a stubborn sitting mule up by pulling the bailing twine you happen to have over his neck.

For three days I was up at 5:00am and fished till dark hoping to tie into a big brown trout that never showed. On Sunday, the 4th day, Donny and I were back out on the river by 6:30am. We only fished till 9:45 again hoping to catch a brown trout. I hooked a couple of Kings and broke them off intentionally not wanting to waste time fighting the doggone things. We got back to close up the cottage and pack our belonings before the trip back home.

When it came to an end and we were heading back to Erie I was still satisfied with our expedition. I had never caught a King Salmon before and found out what it was all about. I got to fish new water with a few friends and we had a good time at that. Donny is already ready to book another trip next year, a week later, in hopes of fishing over a run of big browns. Maybe I’ll join them. 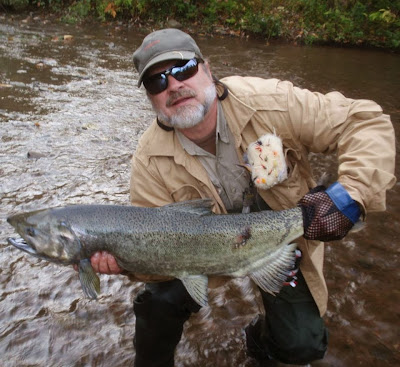 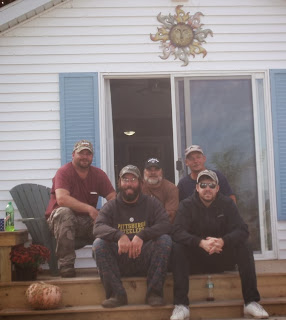 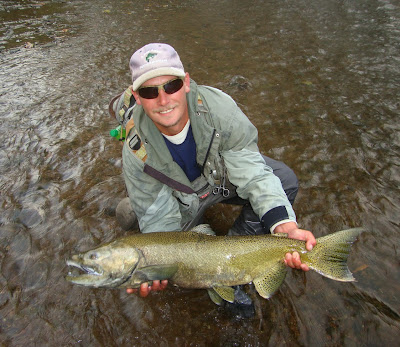 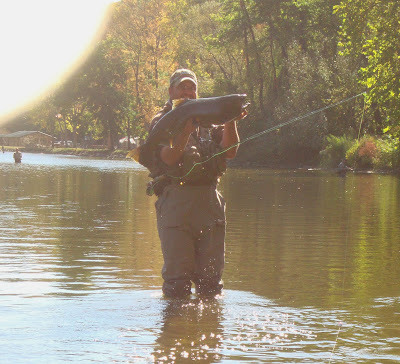 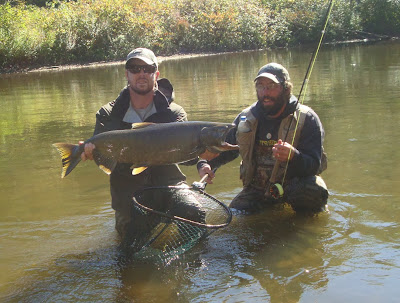 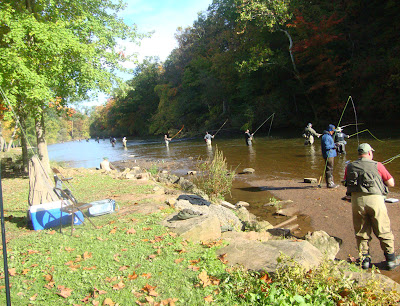 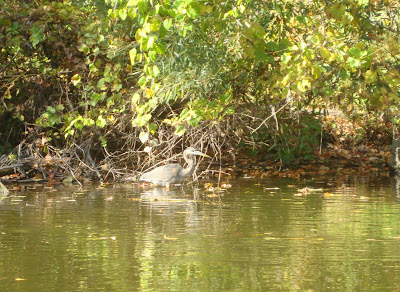 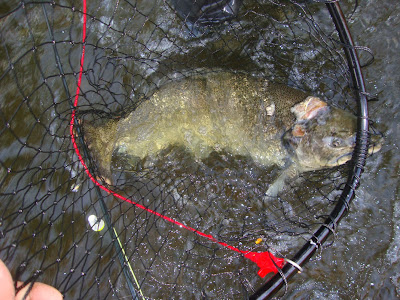 One for the boss 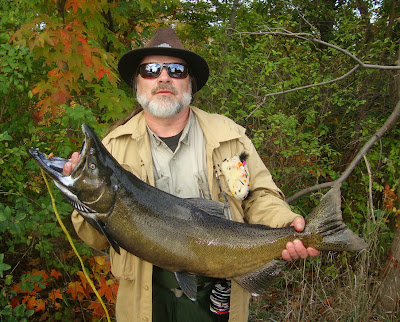