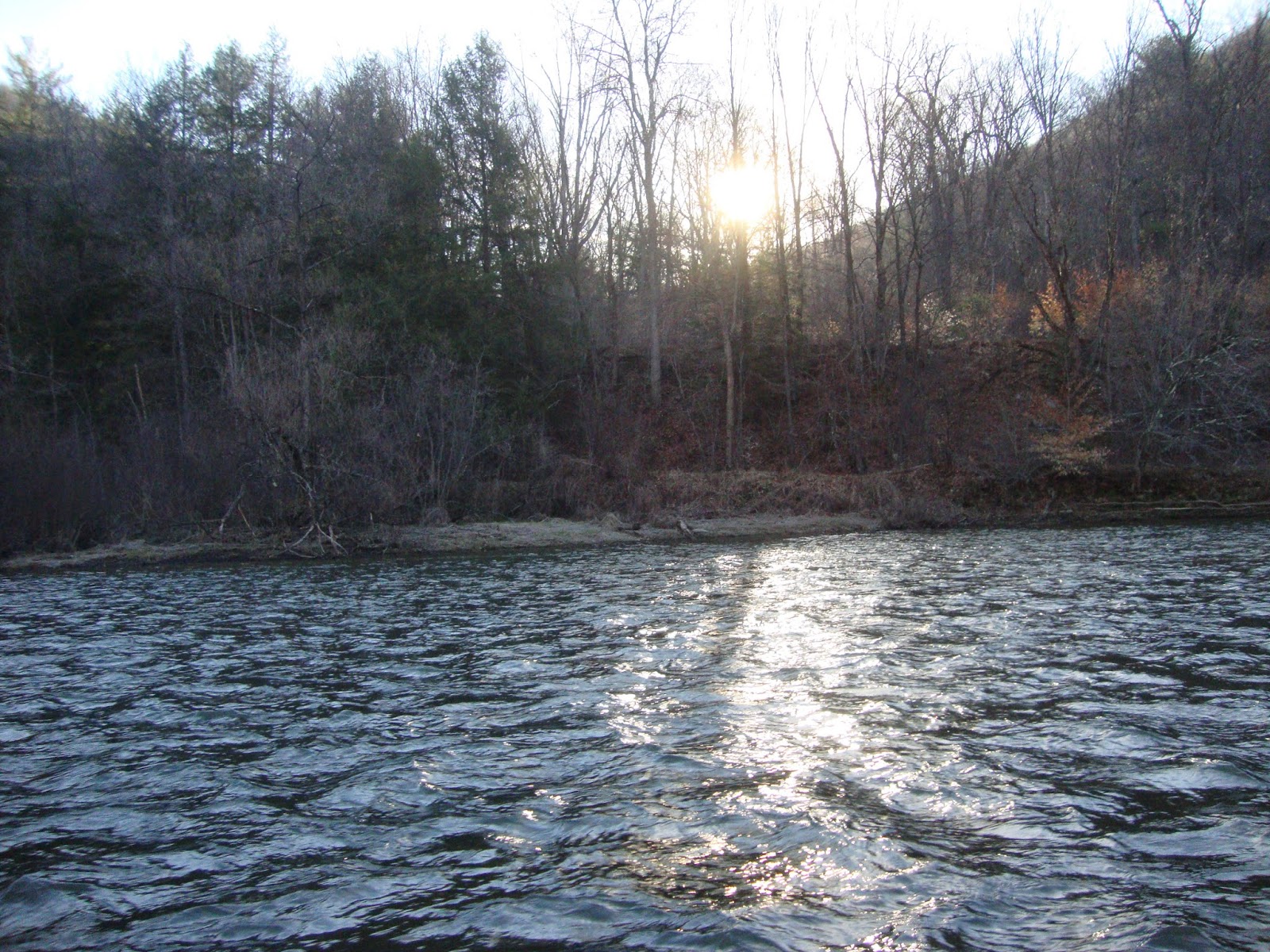 The generator was running to the two campers in the designated camping spot back from the bank. A human void, past evening, campfire smoldered giving off a cloud of smoke. Even the German shepherd’s lay lifeless in the early morning outdoors. The sun hadn’t risen above the tree tops just yet. Except, flowing around my neoprene chest waders, Tionesta Creek flowed around the same obstacles as it did over an hour ago. Sure it was a little nippy in the morning. I’m sure, from a distance, the few road travelers weren’t sure if it was my breath that rose from my mouth or the smoke from the stogie I held tight between my teeth. Sure, my hands were cold when I paused to think about them, but with each tight line and bending rod shaft I didn’t have much time to displeasure about it.
I made calculated casts that brought the yellow section of line, behind the green front section, out of the tip top eye. I tried to cover as much water a possible with each cast and each step or two wading down creek. The white Woolly Bugger visibly shot through the air, under the morning blue sky, like a comet through a dark evening sky. The bugger, with lead weight, plopped into the wavy current afar as the line fell to the surface.
The biggest percentage of strikes came in the form of swiping grabs of the swinging drift. Once hooked, this lead to challenging battles bringing in the erratic swimming/fighting rainbows from the lengthy distances. The moving oncoming current was enough alone to unleash a slightly pierced lip let alone the surface skirmishes or angling wrestling scuffles with the angered rainbows. The few percentage of short strikes I missed I made mental notes and after 3 or four casts elsewhere teased them again. 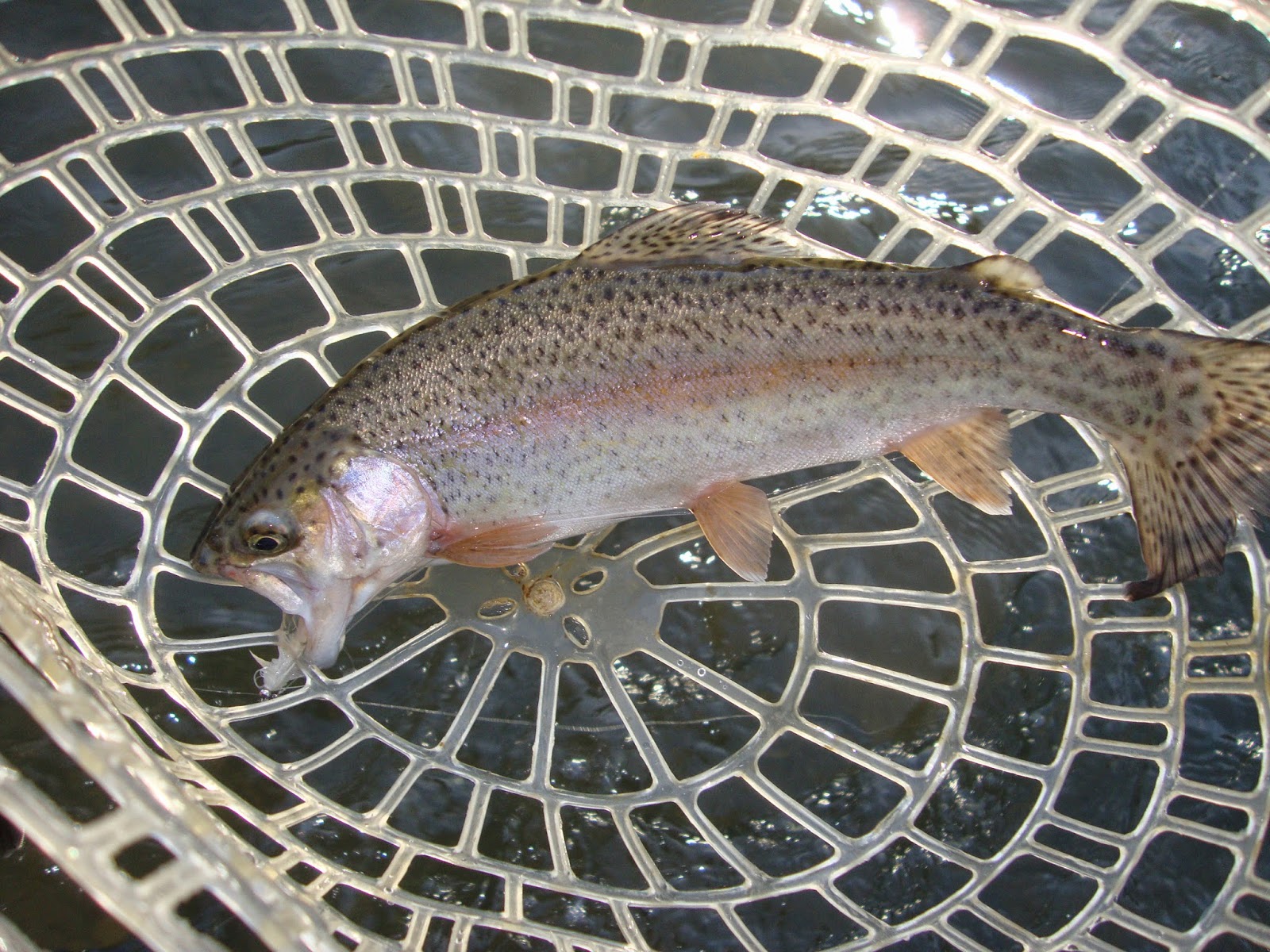 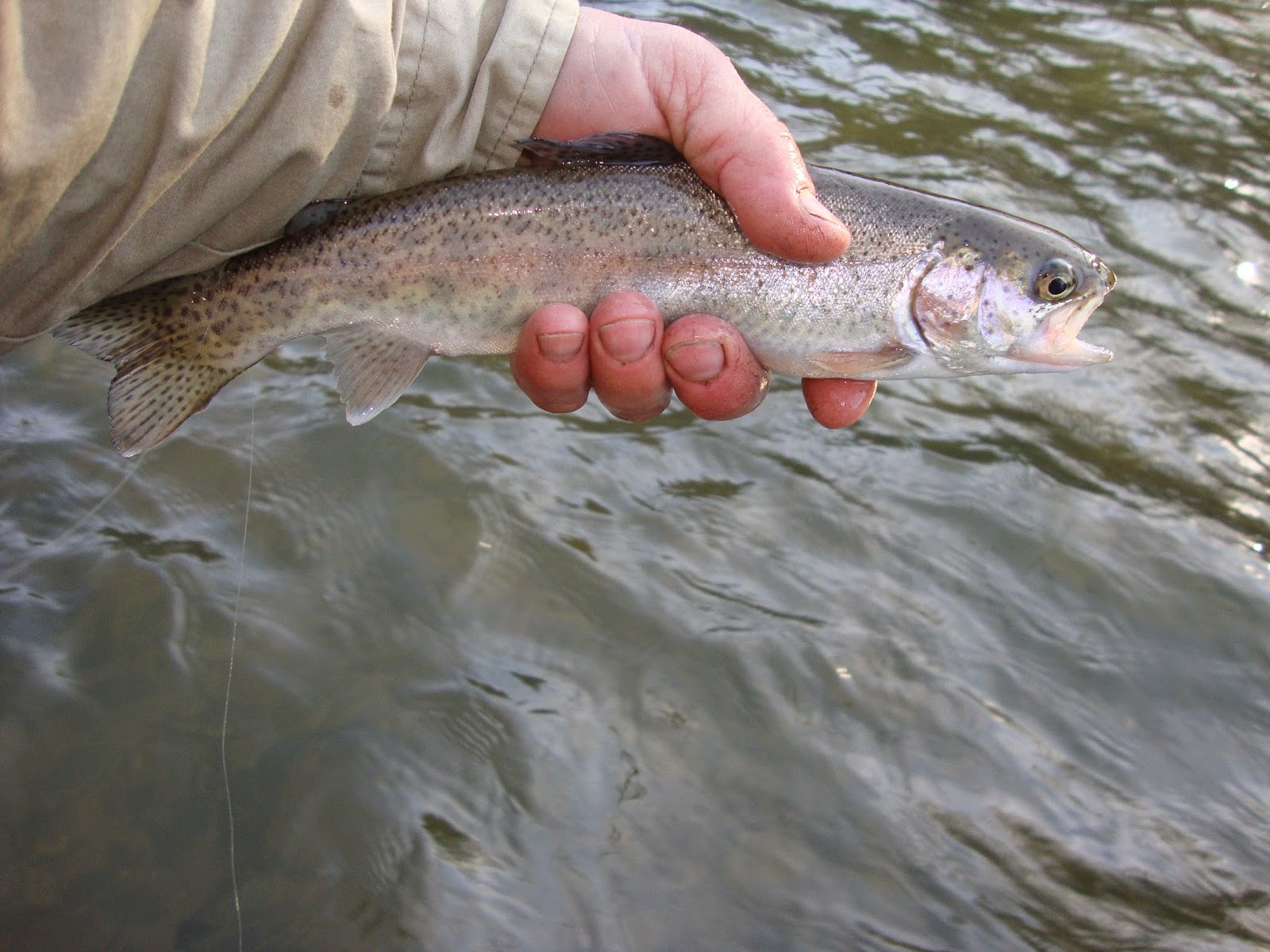 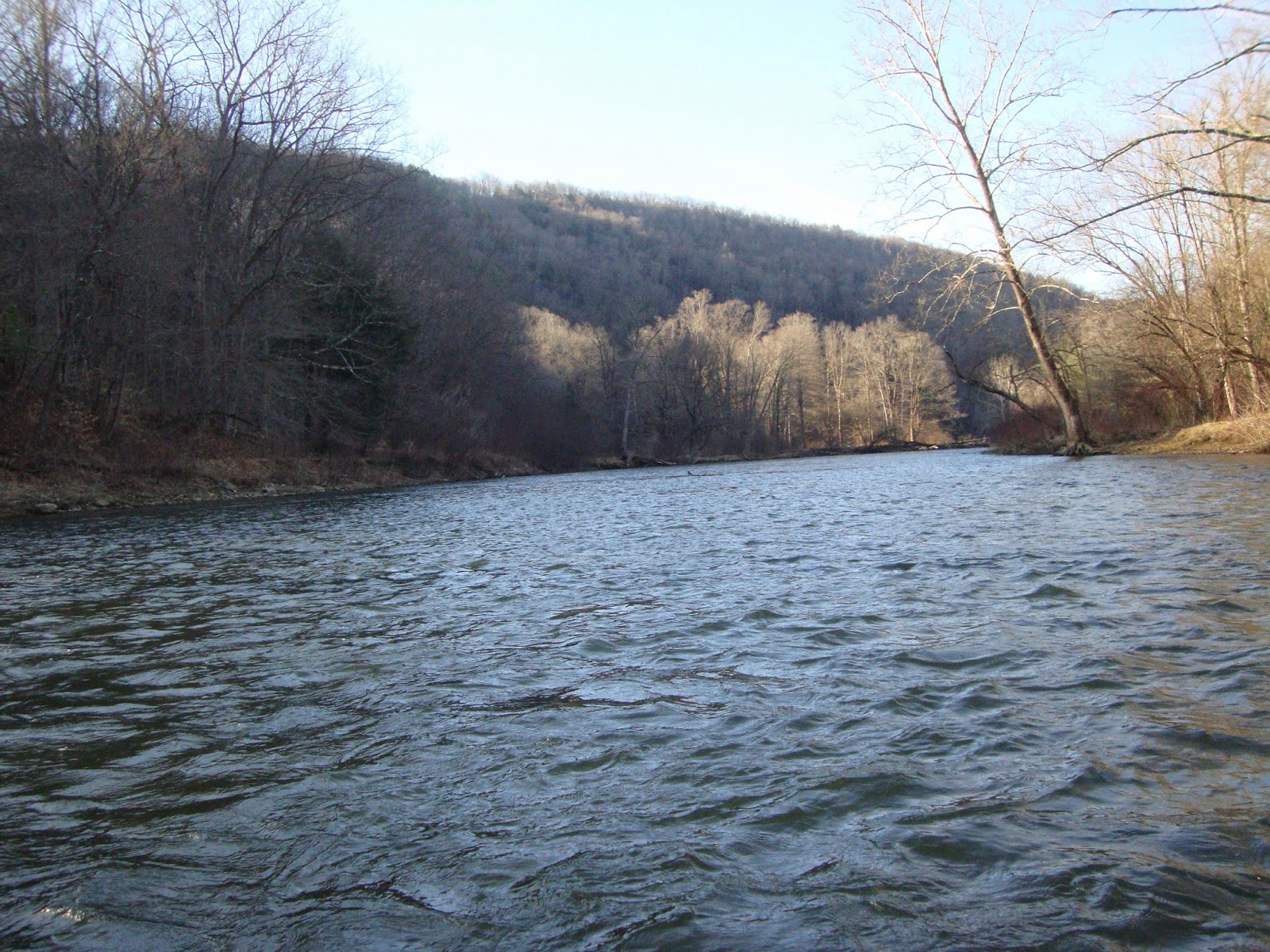 As the sun rose above the tree tops this seemed to bring a glow to earth and a shimmering glisten to the water surface. As well, at the right angle, a sparkle to the rainbows! 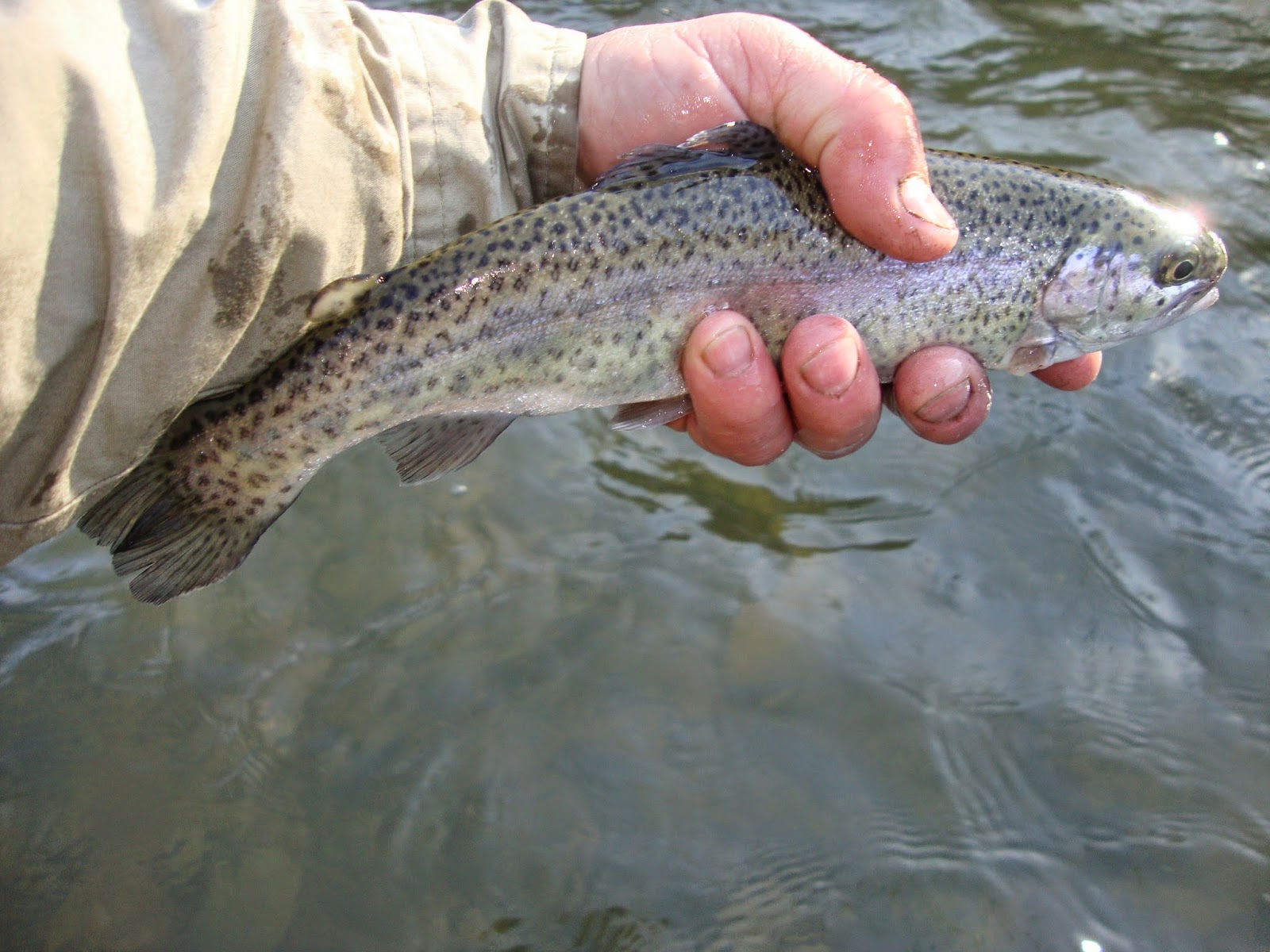 I paused briefly and lit up a Macanudo and turned to see if there was life yet along the bank. The neighbors has a flickering fire going as they stood or sat around it in their hooded sweatshirts or heavy jackets. I had already netted nearly 10 trout so far by then and it didn’t appear the strikes were going to stop any time soon. As long as I moved slowly and covered the water thoroughly outward I had a feeling it was going to continue. Occasionally I’d hook into a brook trout but they didn’t appear to have the skillful fighting as the rainbows did in the more open water. 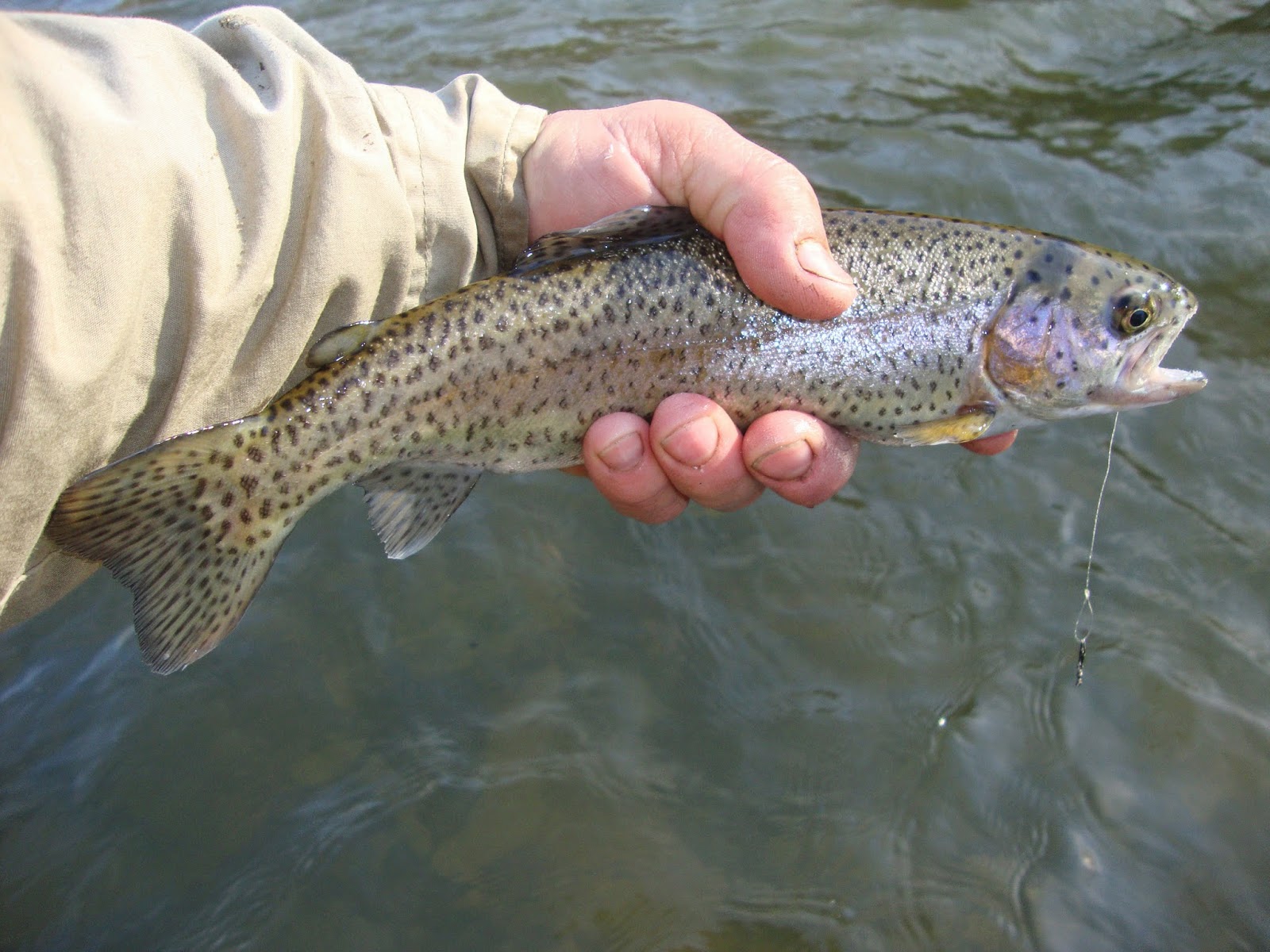 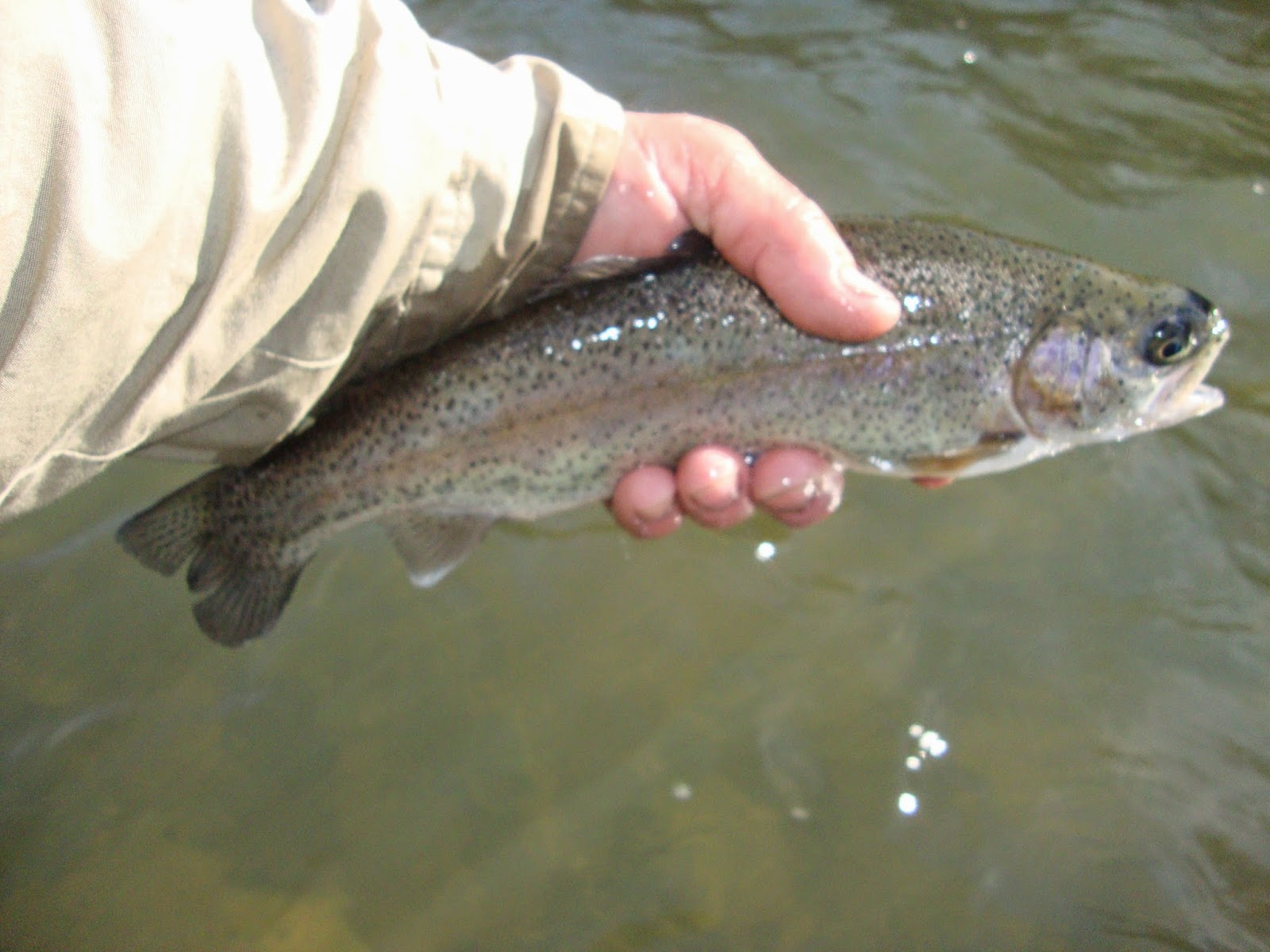 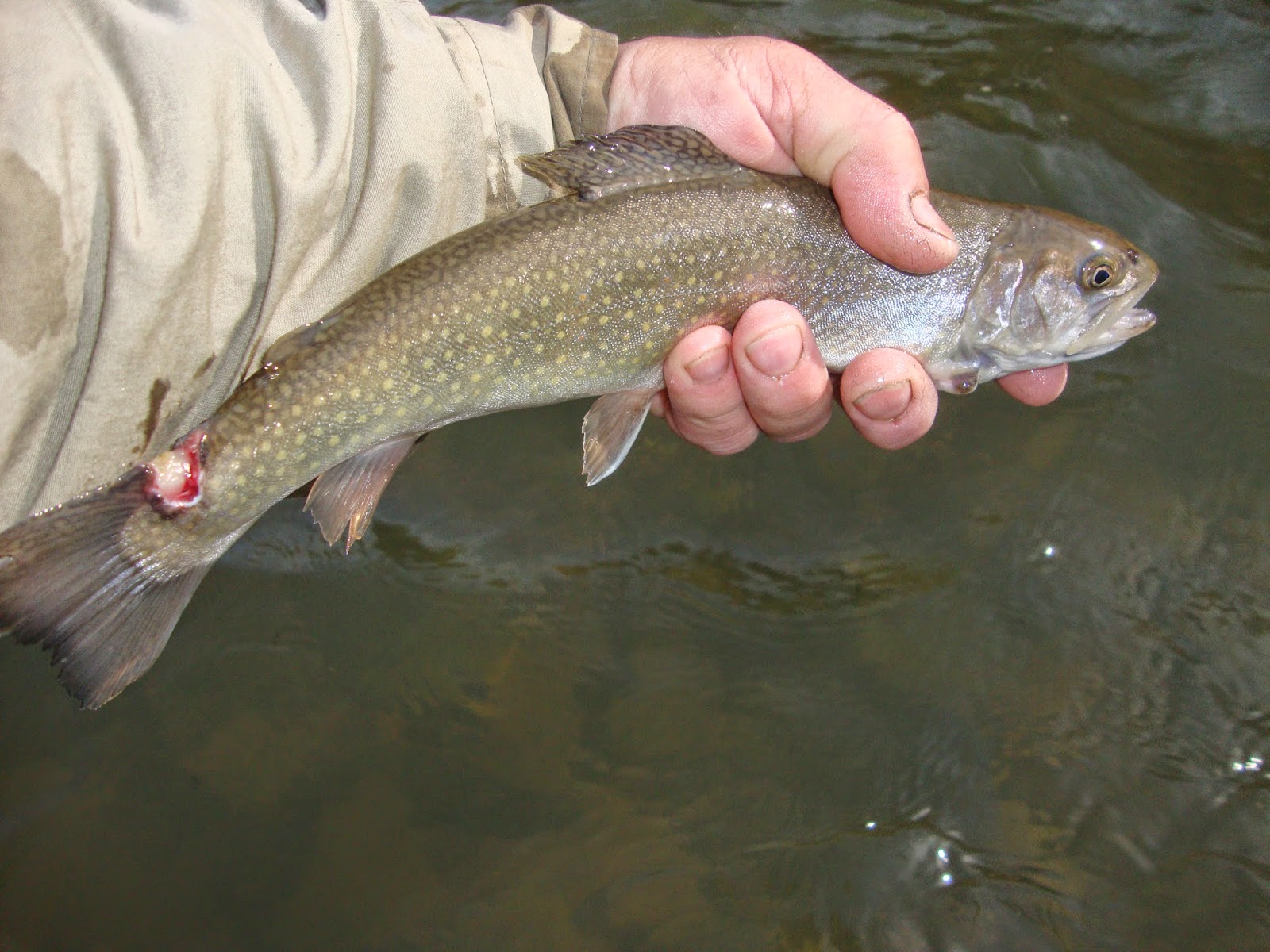 ﻿
As the sun rose even higher I was able to visually see appearances of submerged boulders and flat rocks beneath the surface water. I was able to than make pin point casts to get my white bugger drifting in such areas for more hook ups. 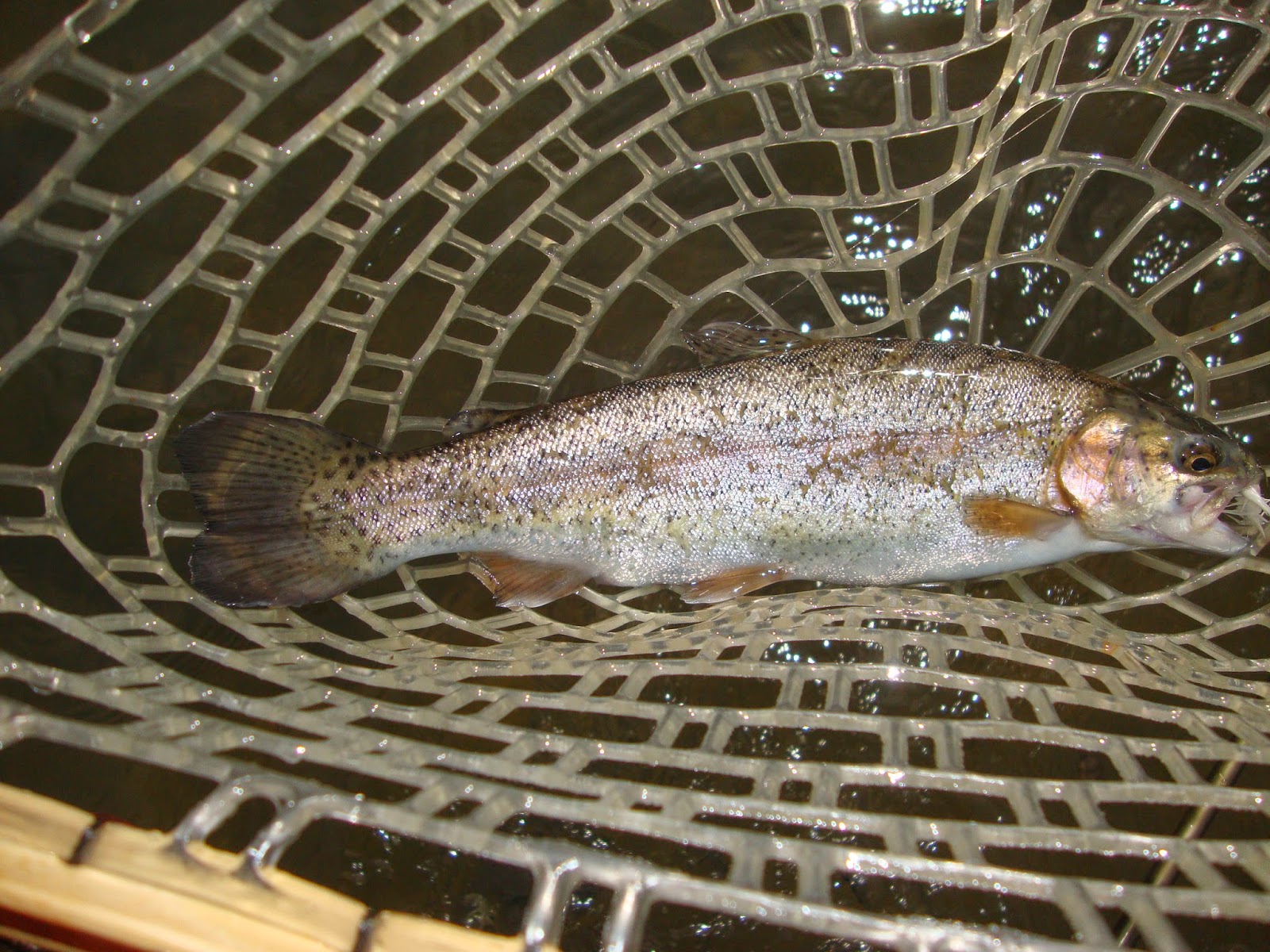 Around noon the air temperature started to warm up and a few stoneflies were dapping the water surface. The white bugger strikes weren’t happening and my stomach was suggesting food with an occasional growl. I decided to tie on a white latex caddis with a bead head Black Stonefly nymph as a dropper. By now I was in deep mid-stream water but I was able to cast cross creek to the shallower part of the stream near the more rock strewn areas. You would have thought I was throwing candy out to children from a parading Fire truck!! With a quick mend upstream, after the cast to make sure my offerings were headed downstream before my fly line, made the drift that more tempting and natural. The trout grabbed the nymphs like kids trying to be the first to grab the thrown candy while it was still bouncing off the pavement. This lasted for the next half hour until my stomach and dry mouth let me know enough was enough. It was about 1:30 when I returned to the van for a small bite to eat, something to quench my thirst and a couple more cigars to take with me when I returned to the creek.

Back on the water I started in the shallows with the stonefly and latex caddis. It wasn’t until I was near enough to get my line towards the far bank that I started to get strikes again. I decided to tie on a red bicolor San Juan worm as the top fly to maybe attract more attention and kept the bead head stone as the dropper. Fish after fish were hammering the stonefly nymph without more than a twitch now and than of the rod tip to give the stonefly a little more action. I even caught a couple of foolish trout on the San Juan. 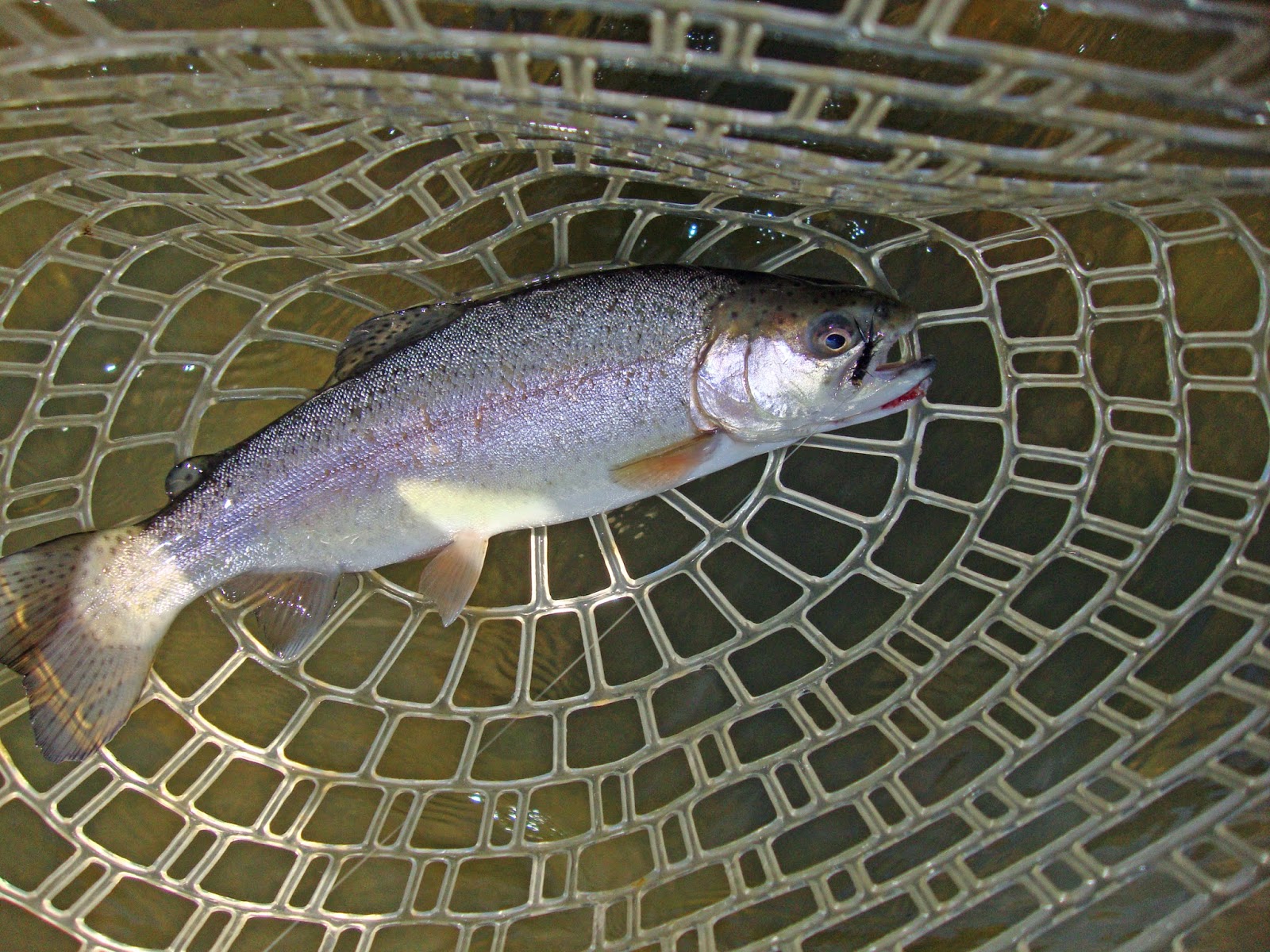 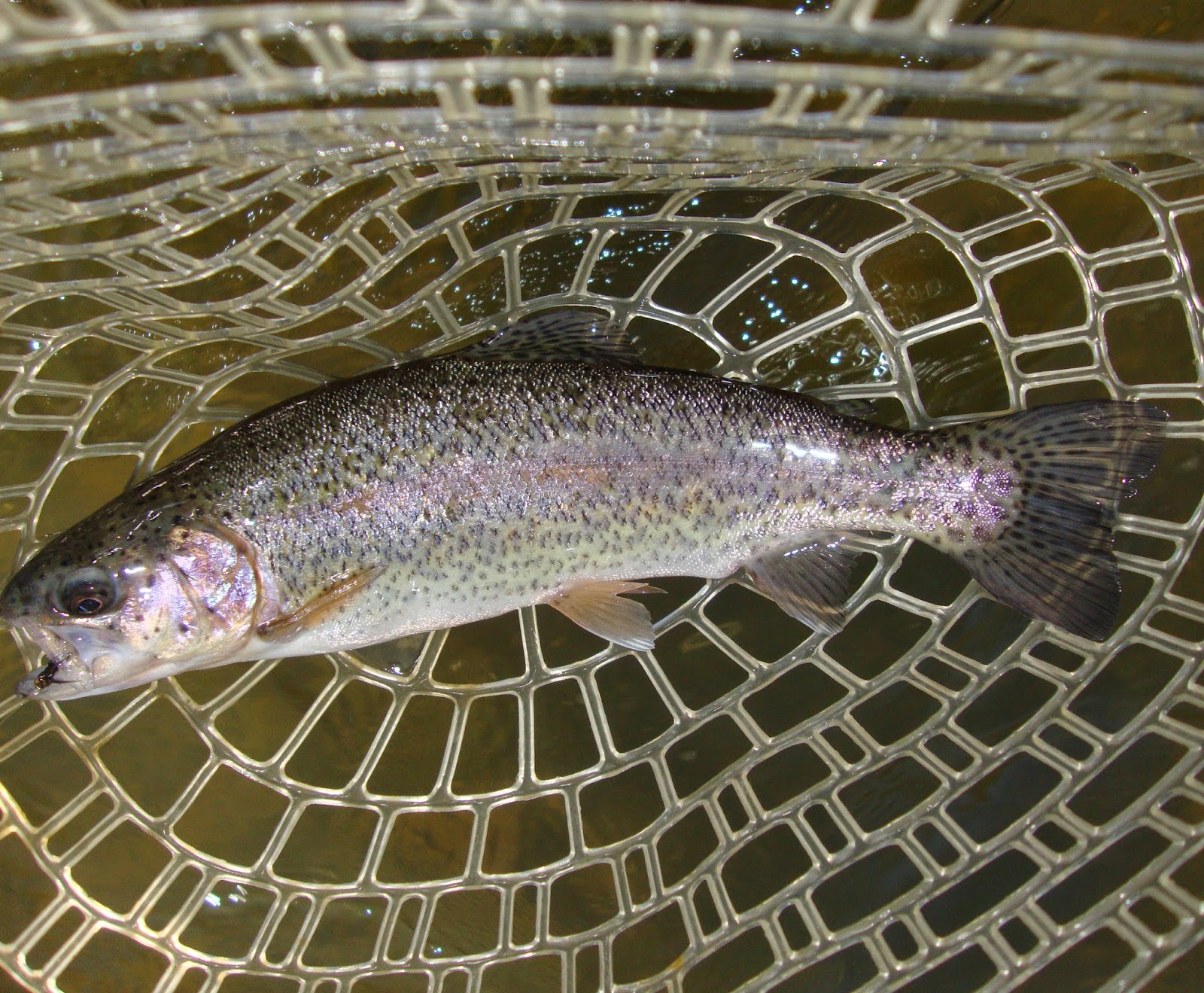 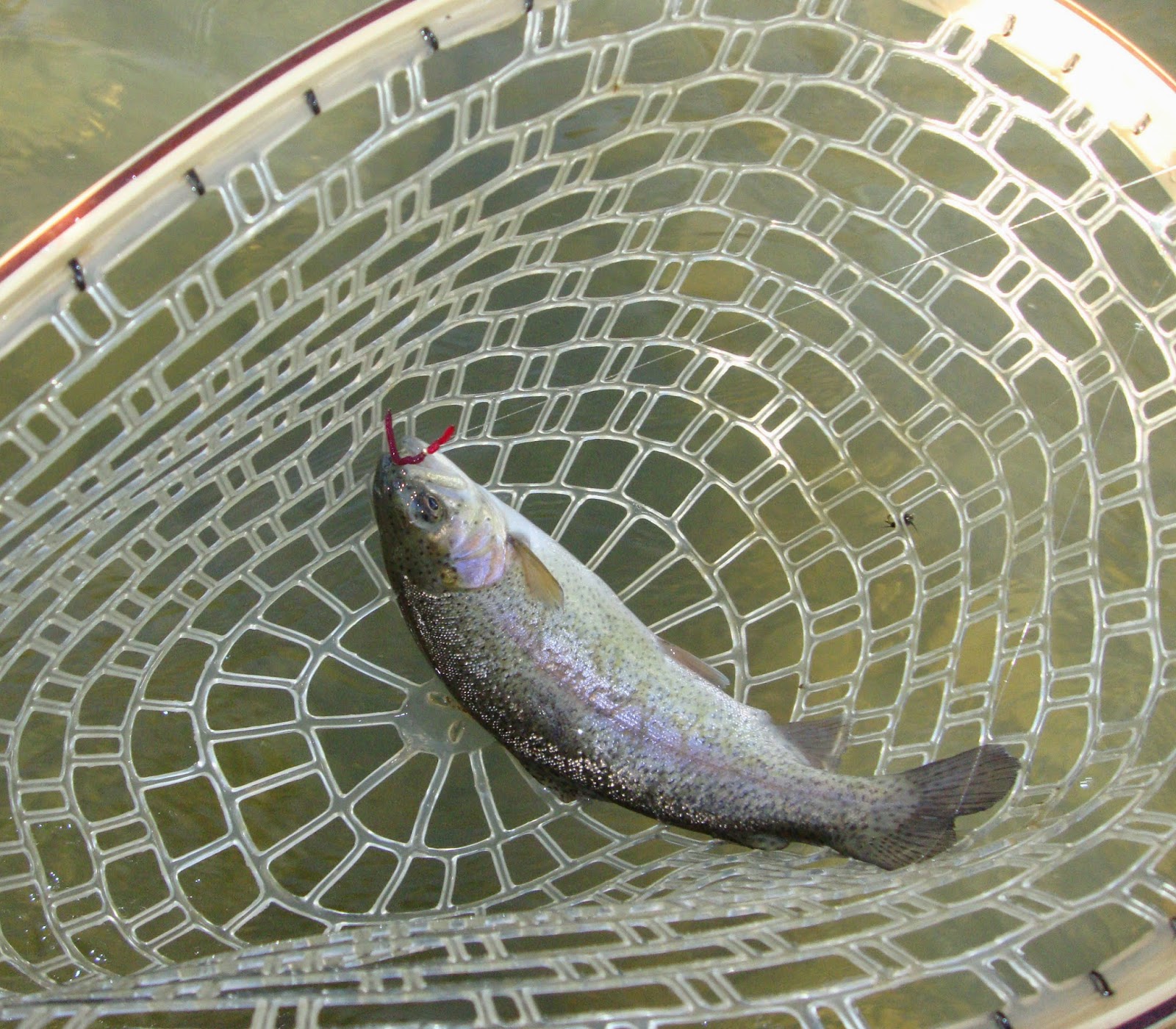 ﻿
﻿
The neighbors waded out in ‘T’ shirts but only fished hardware for about a half hour before returning to clean up camp. I only seen one older gent get one fish to the net the whole time they were out there. In a matter of an hour they were packed up and gone. I fished in peace and quiet from then on. The sun rose high above and the outside temperature got as comfortable as an Easter spring day. 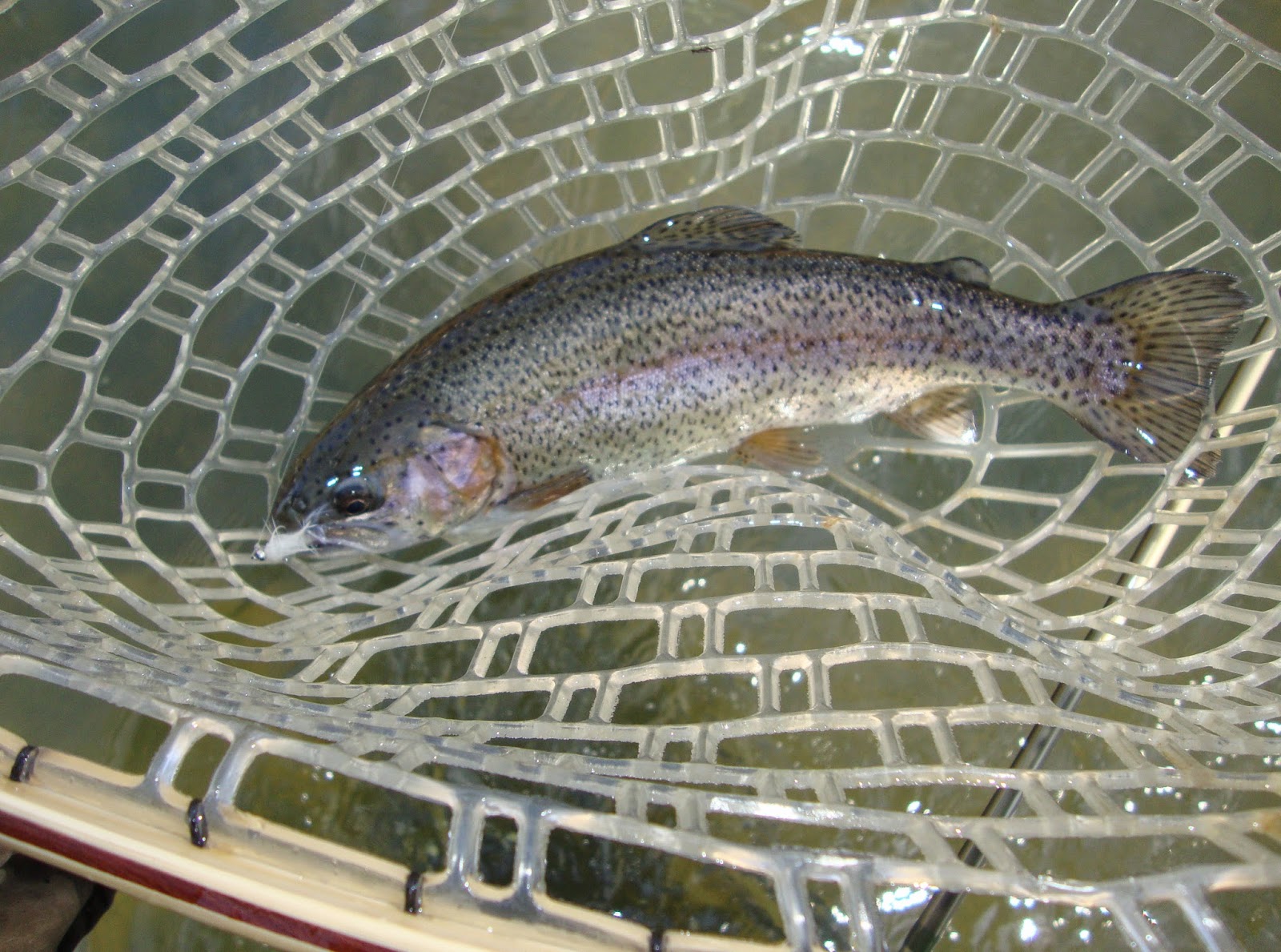 Smoke rose from the end of my cigar. Ducks frequently flew within a few feet of the water surface with the creek flow on their way. The water glistened with sunshine and occasionally a Harley passed by traveling up the road from afar. I cast until my shoulder ached, from a softball injury, and couldn’t take it any more. I waded out and headed up creek towards my van.
It was about 6:00 and still daylight as I pulled onto Route 666. I had a spot already picked out for the evening and night time rest. I pulled down the path to the more secluded camping spot and popped open a Straub Amber. Walking down to the creek the water was much calmer than where I had been fishing. It looked like a good section for tomorrow’s quest.

I opened up my camp table, fired up the Coleman stove and prepared Easter dinner. Just some chicken and noodles with hot sauce and pepperoncinis. Not much but I was pretty tuckered out by now and wasn’t in the mood for a fancy spread. After cleanup and my third beer I was ready to hit the sack. Tomorrow was another full day of trout fishing and I needed my shoulder to calm down and my rest. By 9:30pm I was dreaming of my birthday trout come Monday morning! 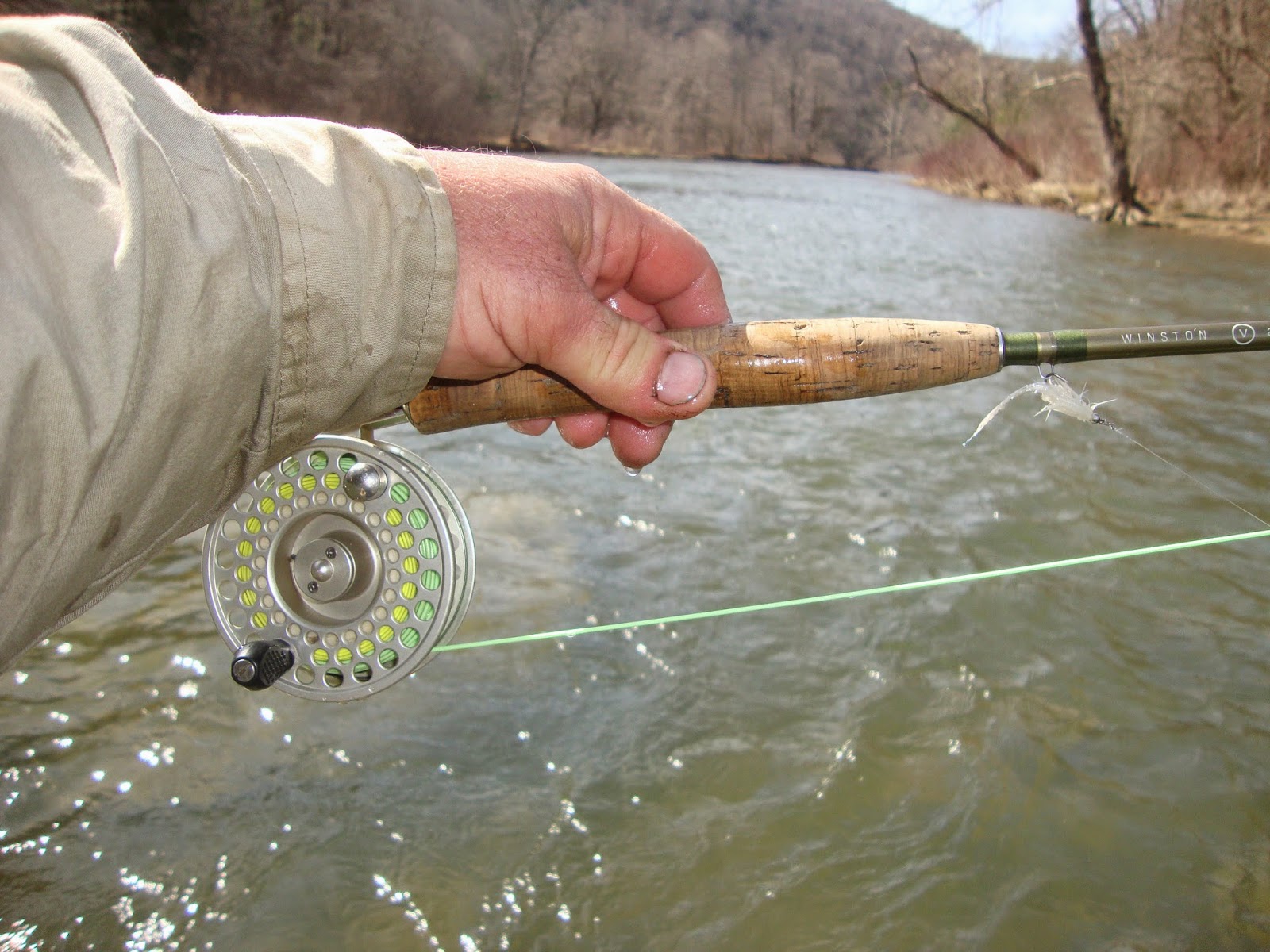 Posted by ~doubletaper at 3:00 AM No comments:

Where You'll Find Me 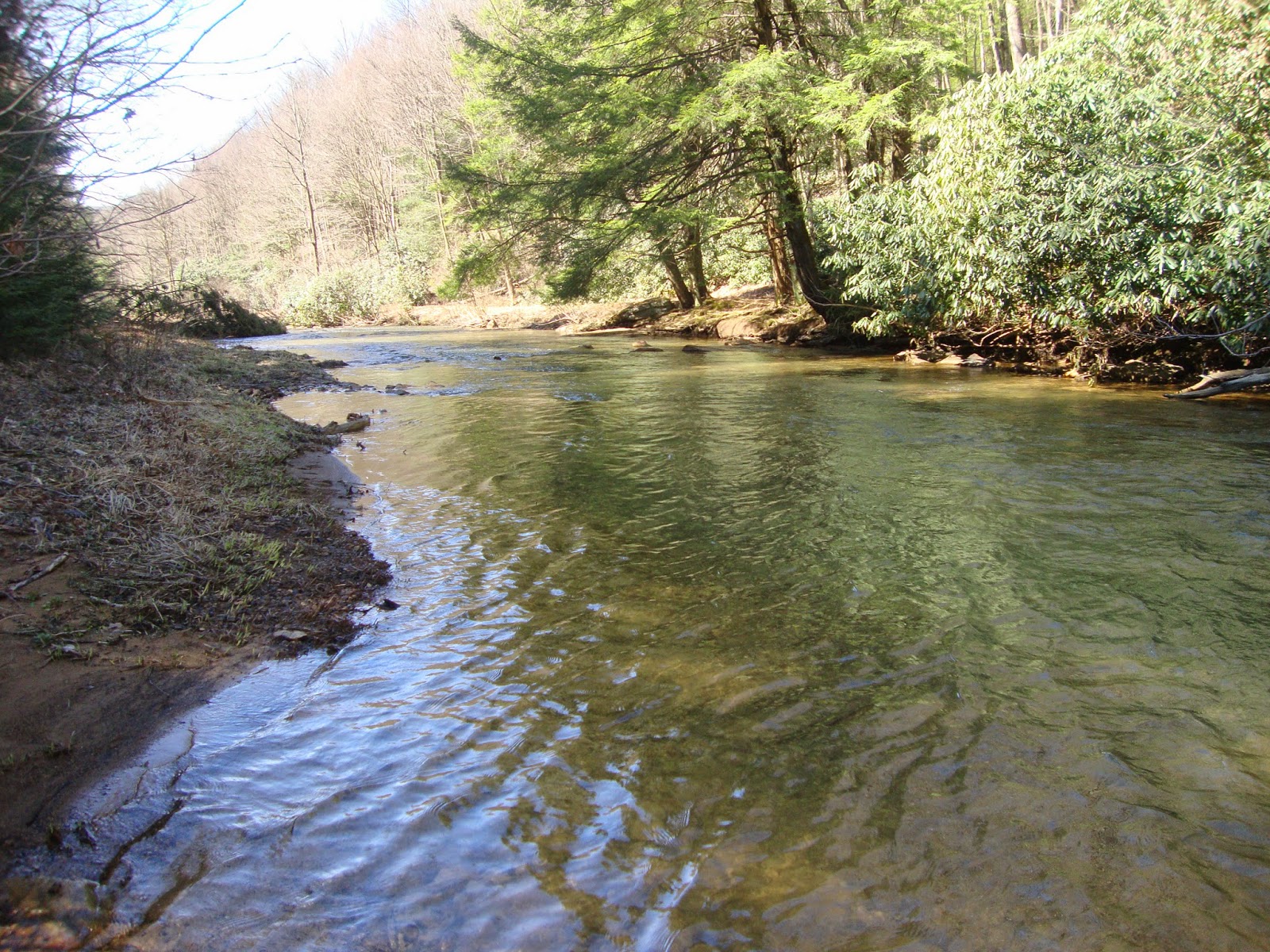 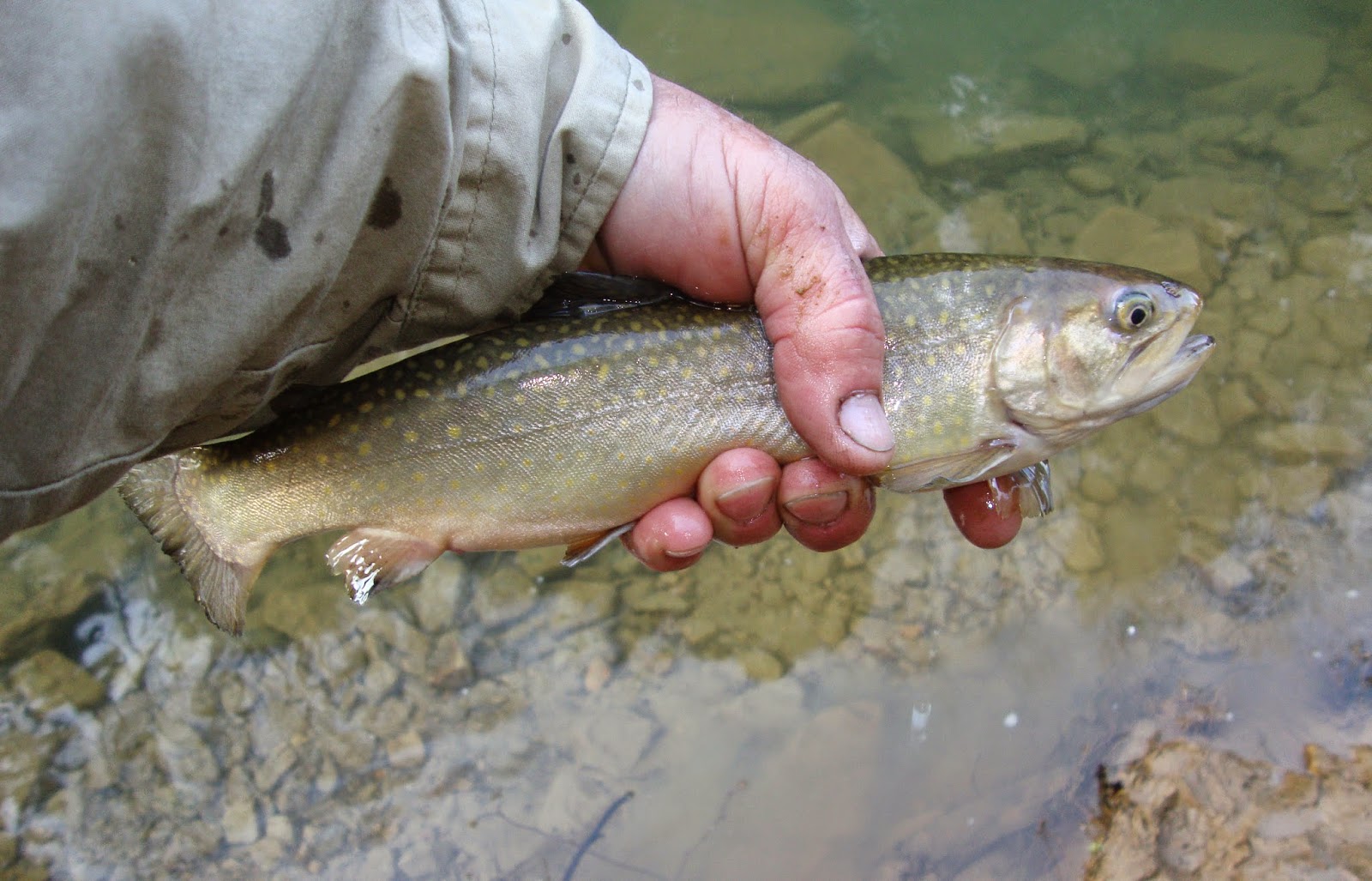 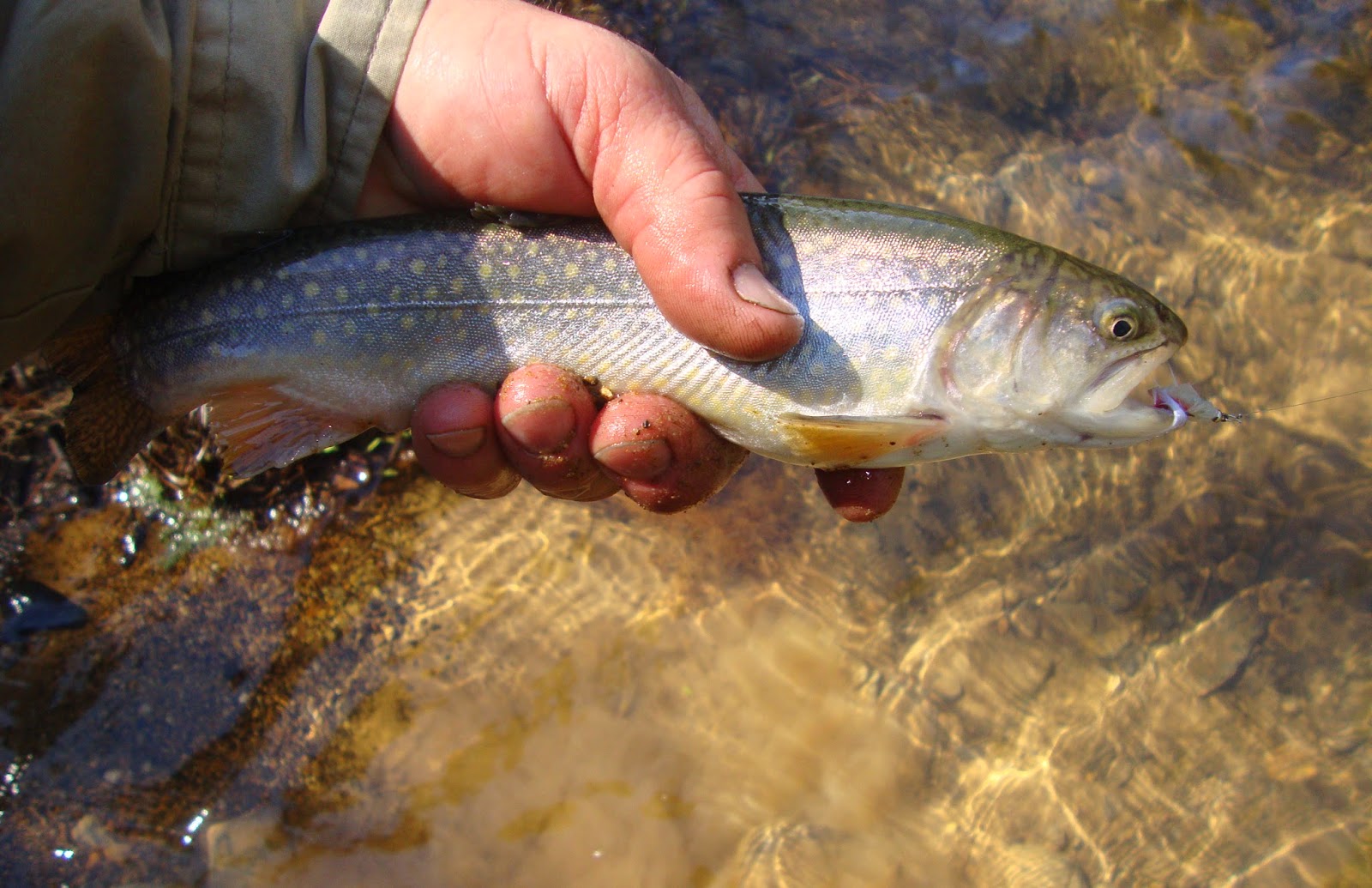 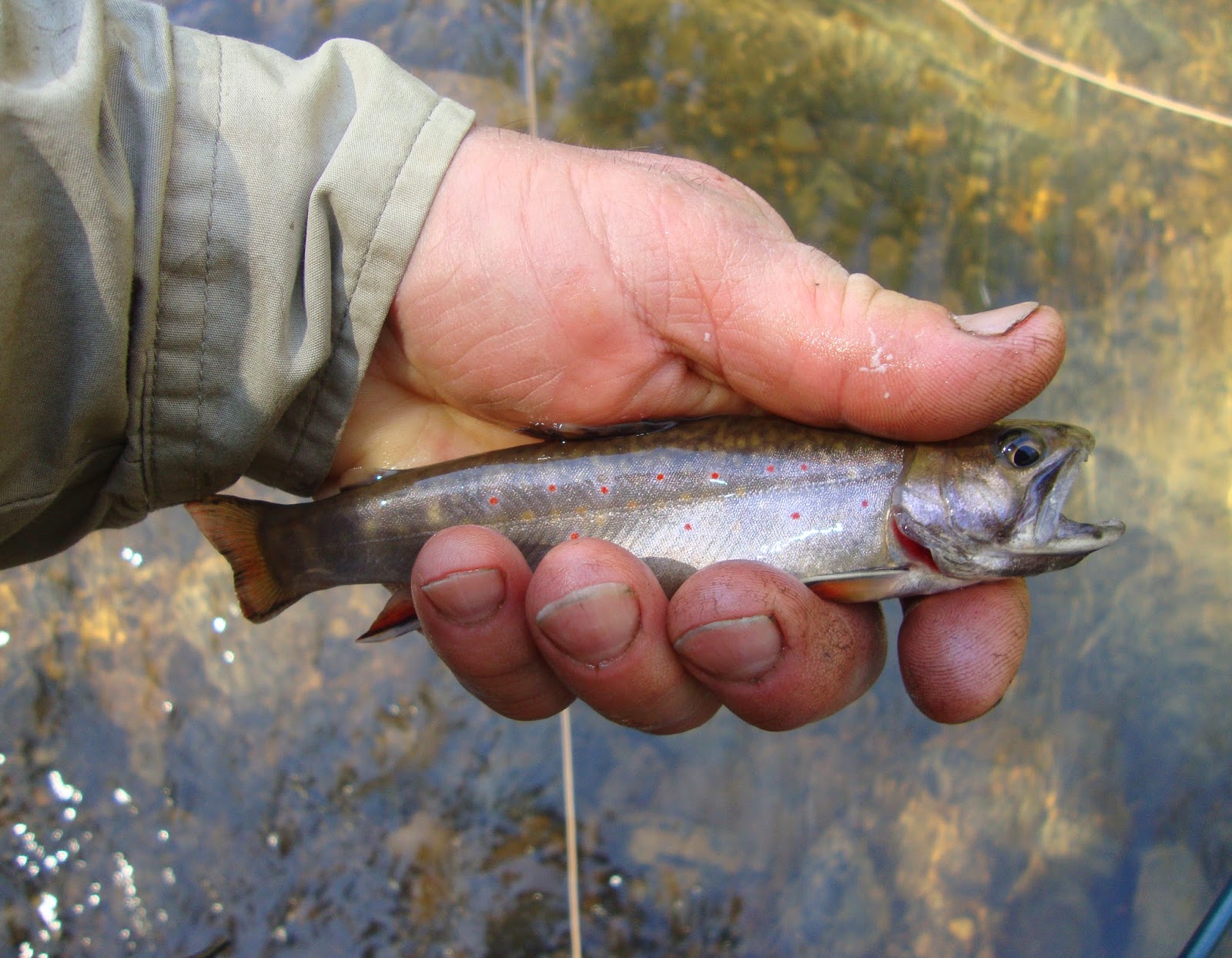 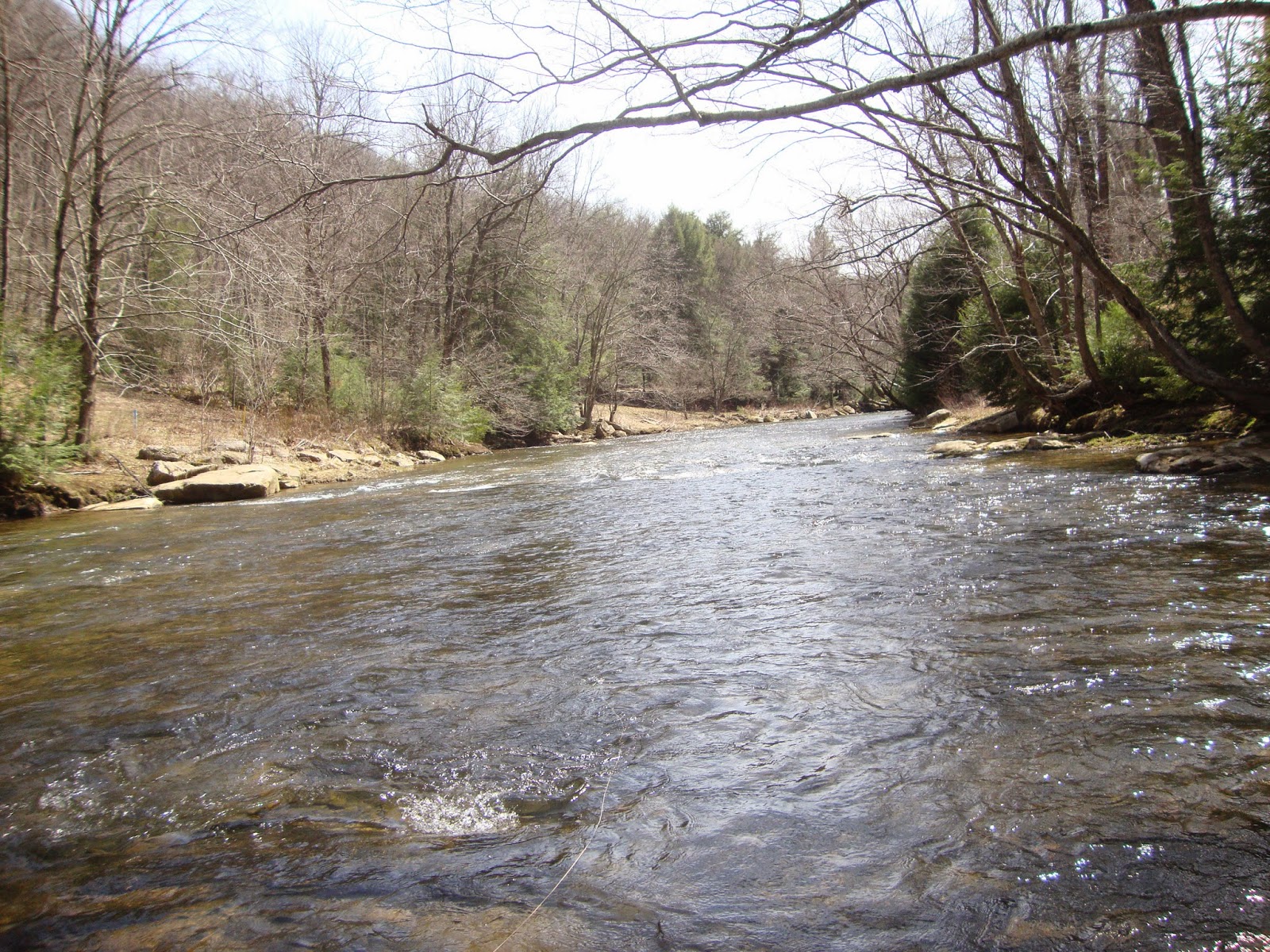 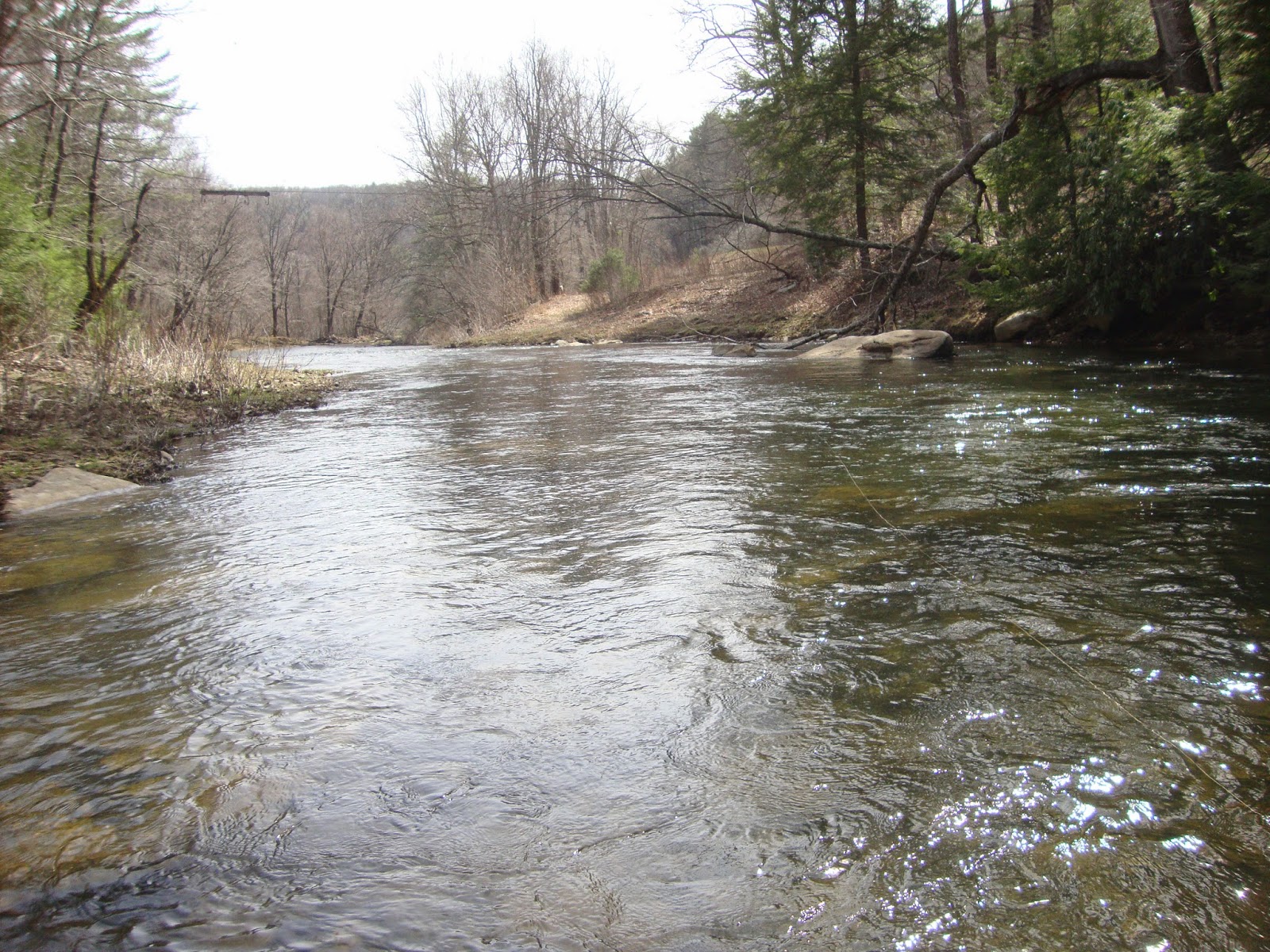 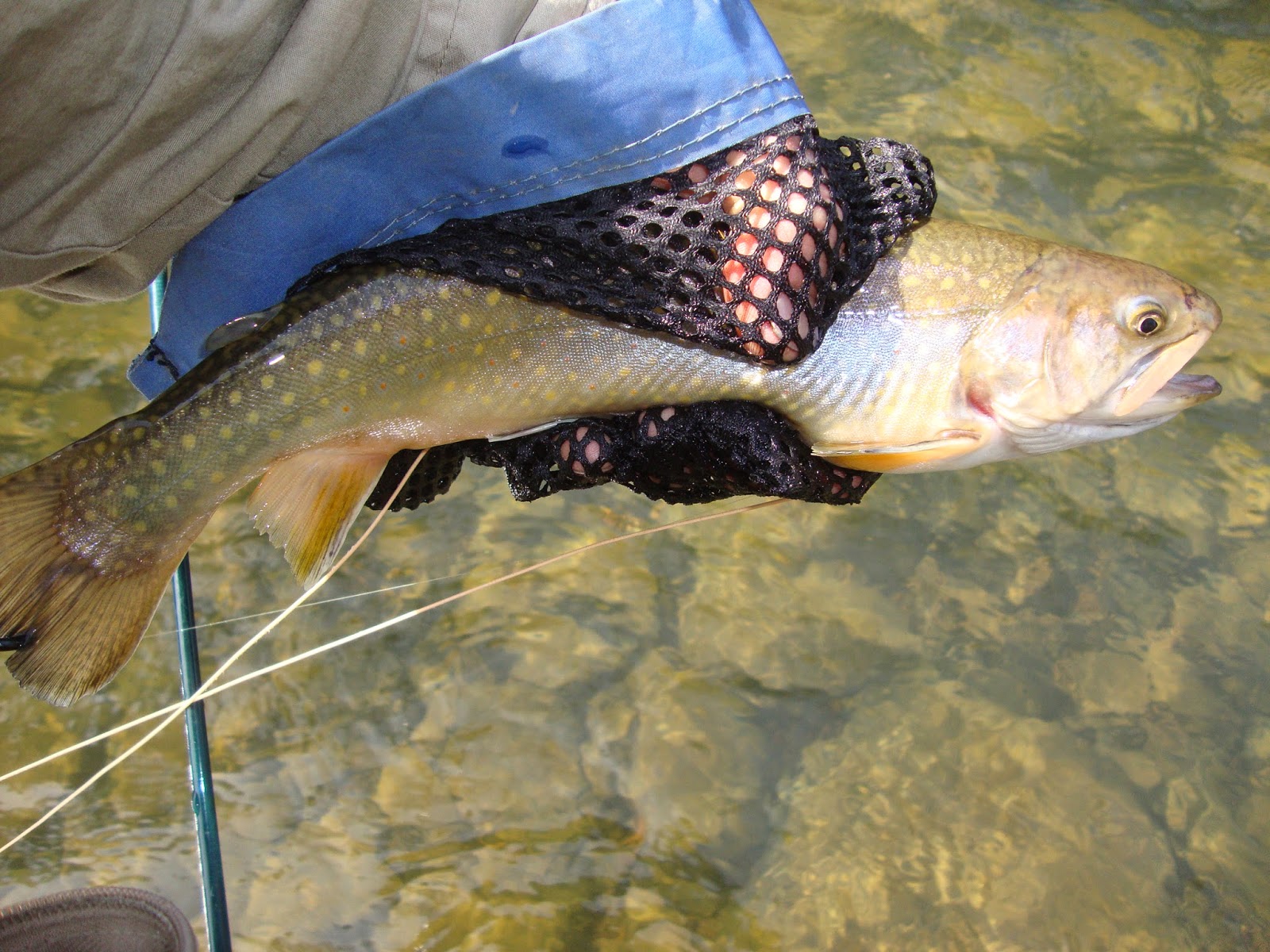 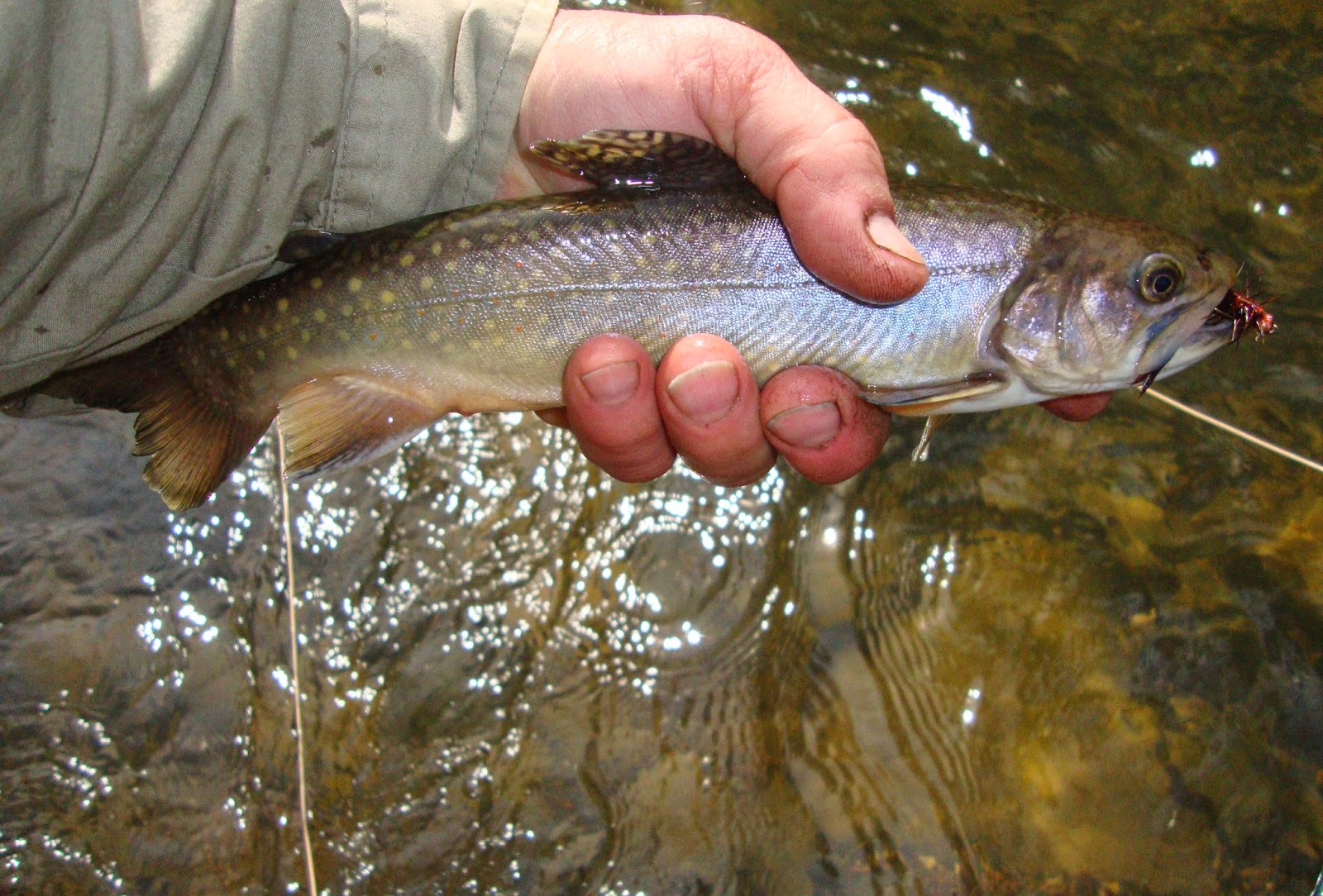 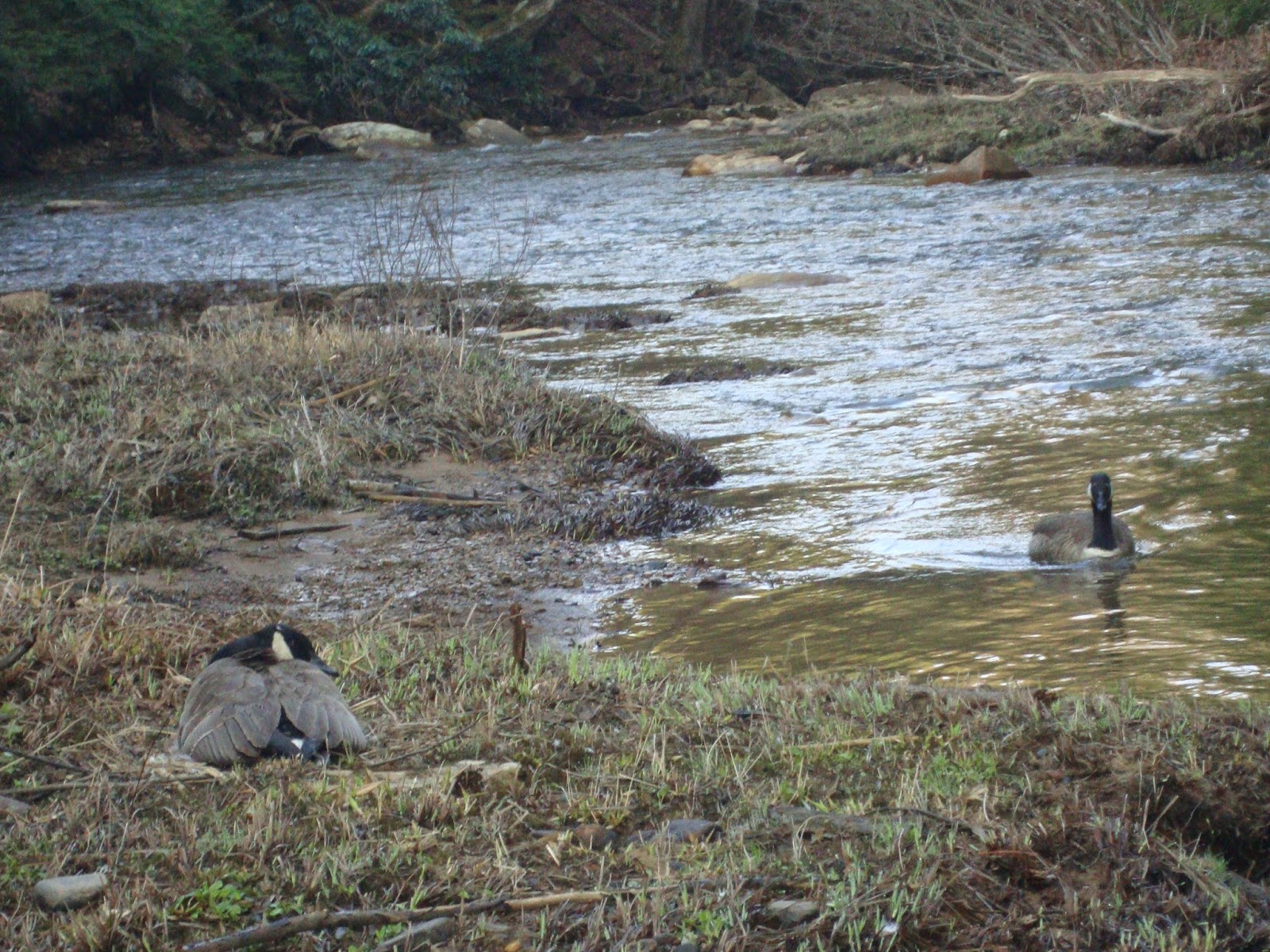 Posted by ~doubletaper at 6:20 PM No comments: