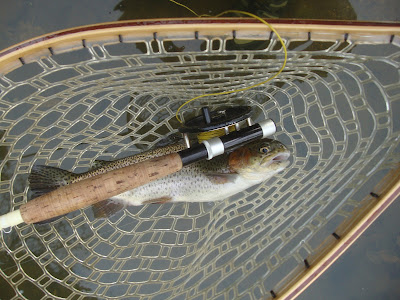 I saw a fish roll in the shallow riffle, behind a boulder, as my Woolly Bugger swiftly passed through. My second attempt the line straightened and I pulled back on the “Custom Pro” glass rod. The rod bowed in an arc into the butt section. I gripped the cork handle tightly waiting for a long rambling ride like a kid gripping the lap bar on a scary roller coaster ride.
He swam downstream tugging as he went. The fiberglass rod quickly flexed with each jolt. The old Martin reel clicked rapidly as I palmed the spool to slow the fish down. Far enough, he turned up creek into deeper water. I stripped line back towards me trying to keep tension on the big fish. Up creek he tugged more and with his wide tail shot across creek causing splashed water to the surface. Tiring him out I kept the fly line pinched between the cork grip and my finger as I wound in line, the reel stuttered with each revolution.
With the rod held high I reached for my net as the rod flexed with each escape attempt. He swirled in front of me and it took a little calculation and patience to get him in the net. His yellowish burnt belly and dark body told me the big rainbow had been around for a while and wasn’t one of the freshly stocked trout from a week ago. 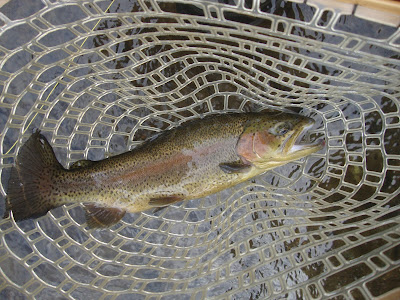 Upstream, in a shallow run, I spotted a few trout lingering. I let the cream color sucker spawn pass by. The fish swam over and checked out the spawn but didn’t take. With an indicator I casted up creek and watched as the sucker spawn bounced off the bottom toward the trout. One dipped its nose to the rock bottom and sucked it in. With a good hook set he took off upstream with force. The glass rod instantly flexed into the mid section. The trout swam towards the far end of the creek before heading down creek with the current. I raised the rod and followed the trout. We battled a bit before I was able to get him to the net. After the release I tried for the other. He too sucked the bottom bouncing sucker spawn and again a battle ensued. 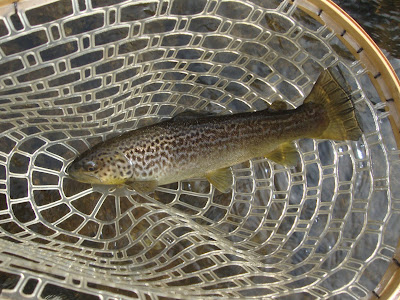 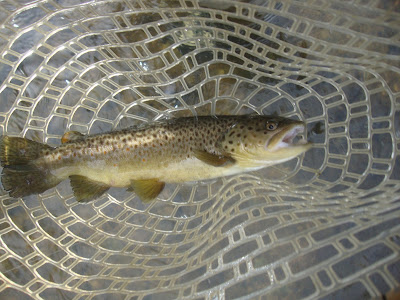 Slowly stripping a Woolly Bugger through the slow deep pool, with short strips, the line pulled away. A quick pull of the line, with a hardy pull of the rod, hooked another trout. He went air born trying to release the hook. His white underbody and pink side shown brightly beneath the sun before splashing down. His second aerial display was more aggressive with a twist or two before reentering the water. The glass rod arced deeply as he continued deep before taking off near the far shore. He tussled beneath, tiring, before I was able to get him near enough to net yet another nice rainbow. 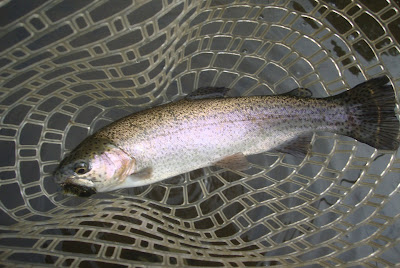 As my indicator drifted slowly towards the tail end of the deeper water it suddenly swooped beneath. I yanked back on the rod, taking up all slack, and the line tightened on yet another trout. This one stayed deep and swam around, within the deep pool, not in any hurry to draw near. With a little more force I pulled in line and he reluctantly drew near. Once within vision he turned with power. The glass rod felt heavy and I let tensioned line run through my fingers. After a short skirmish, with the trout, he succumbed to the pressure and swam nearer to me. Another fine hold over rainbow came to the net. 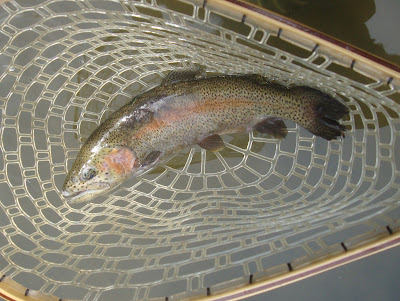 After a beer break I was back on the water trying to entice other tout under the sunshine. 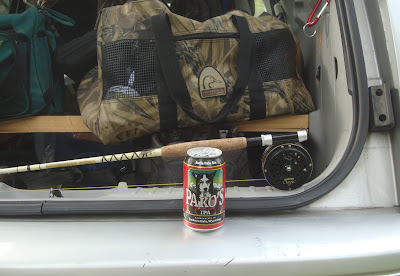 Drifting a Brown Hares Ear, at the head of the deep pool, I casted again and again trying to find a hungry trout. Sure enough the indicator sunk and I lifted the rod tip with a quick yank. The glass rod flexed deep as the line tightened and pulled away with the audible clicking of the Martin reel. He struggled beneath trying to release the hook. I played him out and eventually won over. 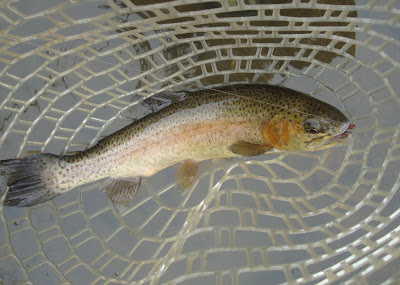 I lit up my last stogie before continuing on. 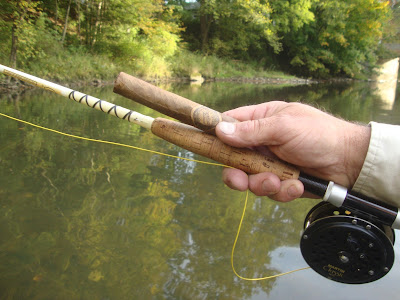 My indicator bobbled upon the surface before I was aware the nymph wasn’t just hung up on the bottom. With a wrist set, the line tightened and, a frisky fish began to fight with quick maneuvers but was no match for the 5 weight. With each twist and turn the rod tip danced as I brought in line bringing the trout towards me. To my surprise I had caught a brook trout. 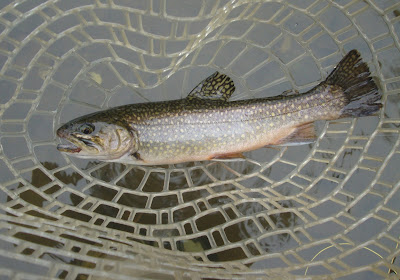 As the light faded I attached the hook to the hook guide and made my way towards the parking lot.
Another fine day on a trout stream. 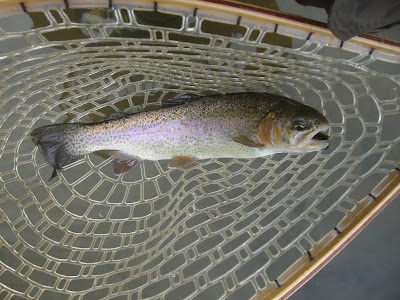 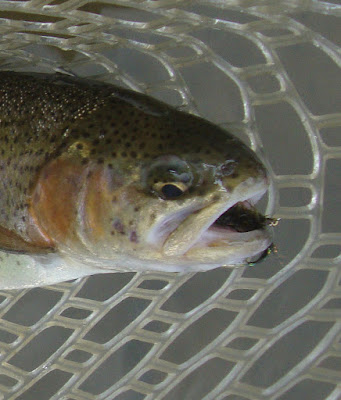 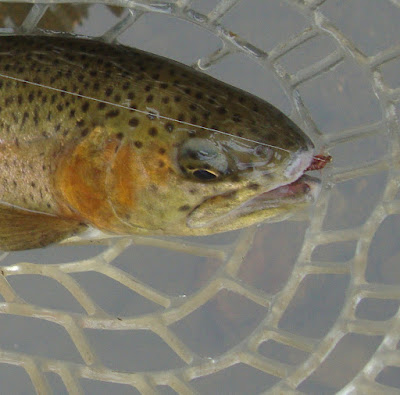 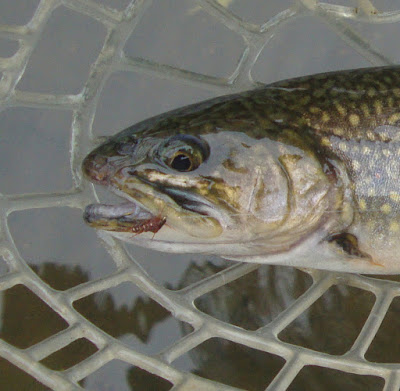 Posted by ~doubletaper at 10:27 PM No comments: